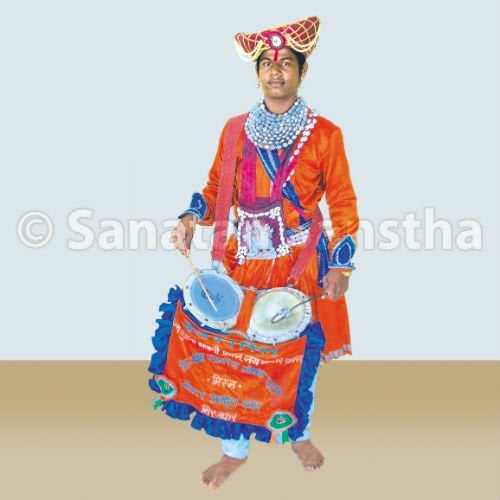 1. Objectives of performing Gondhal for the Goddess

While performing the gondhal, there is generation of a loud sound from Tej and Shakti waves get attracted to this sound. This restricts the movements of the negative energies within the premises and many of them are destroyed in a short time. Thus, the benefit of the Shakti waves lasts for a longer period. Since during Navratri the Shaktitattva associated with Tej is active, if gondhal is performed for the Goddess on these days, benefits are more compared with other days.

3. Gondhali (Worshippers of the Goddess)

These embodied souls are included in the devotees of the Devitattva, because for generations they have been worshipping Her as tradition. They are also termed as ‘messengers in the form of Shakti’ or ‘servitors’. Using their powerful energy-laden speech, they invoke the Goddess and are able to awaken Her marak form. If the bhav of the individual dancing the gondhal is 30%, then at the spiritual plane it receives Chaitanya to the extent of 30%. If the bhav is high and ego is less, then the benefit can be as high as 50%. Action devoid of bhav gives a benefit of only 10%.

Participation in the gondhal as a duty, to preserve the family tradition carries only 10% importance. On the other hand, going beyond such duties and fulfilling the religious duty of performing sādhanā by chanting the Name of the Kuladēvatā (Family Deity) carries 30% importance.

5. What is the science behind the ritual of ‘jogva magne’ ?

Importance : ‘The ritual of jogva magne helps one to detach oneself from the Great Illusion and become a servitor of the Energy principle. This act amounts to taking assistance from the manifest form, to reduce one’s ego and to experience detachment in that unmanifest form.’ – Pujya (Mrs.) Anjali Gadgil 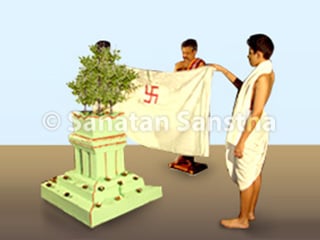 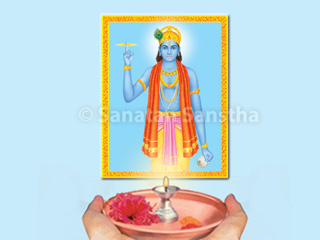