In the previous article on ‘Forms of Shiva’ (Forms of Shiva (Part 1)), we familiarised ourselves with a few forms of Shiva – Rudra, Kalabhairav, Veerabhadra, Bhairavanatha etc. In this article, we will learn about Vetal, Bhutanatha and Nataraj. 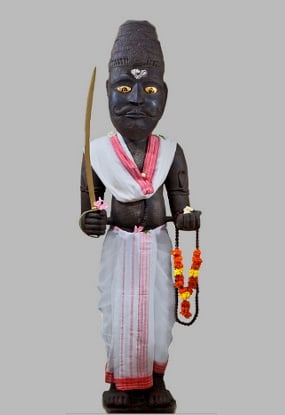 The word Vetal has been generated from the word vaital (वैताल), meaning, one who makes even a severe abnormality dance to His tune. When ahat (Physical) and anahat (Subtle) sounds unite, vai (वै) waves are generated. They correct the abnormalities.

Skanda soldiers such as Vetal are included in the bhutaganas (Spirit attendants). The Matsyapuran describes Vetal as one who feeds on flesh and blood. Shiva has made Vetal the presiding Deity of spirits. The sorcerers call Vetal, veer (Brave). Vaitali, the mother of Vetal, has gained importance as Matruka Devi.

Vetal is the village Deity in many villages of Goa and those in the vicinity of Pune in Maharashtra. In western Maharashtra, the Idol exists on the border of the village in the form of a round stone smeared with kumkum. More round stones smeared with kumkum surround it. They are referred to as the soldiers of Vetal. Often temples of the nine planets (also known as Navagrahas) are adjacent to the temple of Vetal. The community of the Mahars in Maharashtra worships it in the nude form. To please Him, sacrifices of roosters and goats are made. In some places, sweet delicacies too are offered. During a religious festival, He is taken out in a procession seated in a palanquin decorated with flowers.

E1. Objective of making a sacrifice to inferior Deities

E2. Perspective in offering animals in sacrifice to inferior Deities

A sacrifice amidst chanting of mantras liberates the animal and resolves the problem of the individual offering the sacrifice, because of the grace of the Deity. However, to obtain these benefits, the animal should be willing to sacrifice itself of its own accord. The behaviour of the mute animal can reveal if it is ready to be sacrificed or not. If it walks gracefully to the balivedi (Altar for sacrifice of animals) with its head high, does not tug at the rope with which it is tied, does not cry and patiently awaits the strike of the sword, then this type of sacrifice is beneficial to both. However, if the animal is unwilling to be sacrificed, then the individual offering it may incur a demerit of killing the animal. 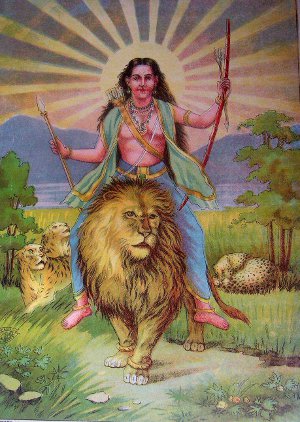 He is one of the inferior Deities from a category similar to that of Vetal. Goa has temples of this Deity. At midnight, He commences patrolling with His soldiers. It is said that at that time, He has a staff in His hand and has a blanket on His shoulder. Believing that His slippers wear out with His patrolling on foot, people in the vicinity of Sawantwadi in Maharashtra offer Him a pair of new slippers every month. If one is possessed by a spirit, then it goes away by summoning Bhutanatha. 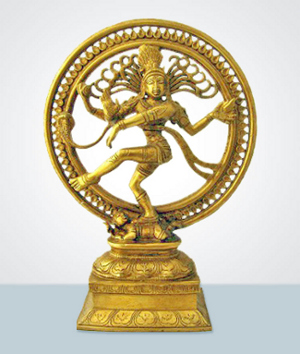 Body movements performed to depict a particular event or issue is known as natan or natya. The one who performs this natan is a nat (Actor). Traditionally, it is believed that Nataraj is the promoter of dance. Since Shiva is the pioneer amongst actors, the title of Nataraj is accorded to Him.