Take darshan of Nandi before that of Shiva pindi

Hindu Dharma prescribes that one must have darshan of Nandi by touching both its horns, before having darshan of the Shiva pindi in a Shiva temple. This is known as Shrungadarshan. One should sit or stand to the right side of Nandi and place left hand on Nandi’s testicles. Then place the forefinger (the finger next to the thumb) and the thumb on the two horns of Nandi. Now, view the linga (Deity Shiva’s sacred symbol also known as the Divine phallus) through the frame thus created by the finger, thumb and the horns. This is the correct way of doing Shrungadarshan.

Video of Shrungadarshan (Playlist of 25 videos)

1. Sagun (Materialised) destroyer waves of Shiva Principle emitting from the horns of the Nandi cause disintegration of the Raja-Tama particles in the body of the individual, thereby increasing the sattvikta of the individual 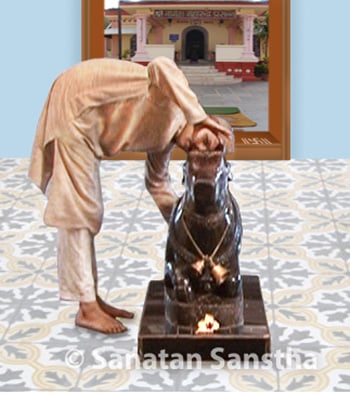 Nandi is a symbol of the marak-shakti (Destroyer energy) of Deity Shiva. The sagun marak waves emitting from the horns of the Nandi cause disintegration of the Raja-Tama particles, helping to increase the sattvikta of the individual. This helps the individual in tolerating the energy waves emitting from the Shivalinga. Otherwise, these energies can create discomfort in the form of numbness of the head, tremors in the body etc.

2. ‘By touching Nandidev’s horns with the thumb and forefinger, the flow of Shakti (Divine energy) from Shivapindi gets activated in a larger proportion 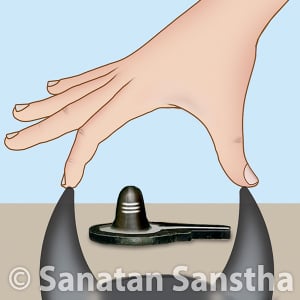 The mudra (Posture of the hand) created by touching Nandidev’s horns with the thumb and forefinger bestows additional spiritual benefit to the devotee. It is common knowledge that when air is released through a pipe, its speed and intensity are more; whereas, the air from a fan spreads in all directions. The mudra acts like a pipe. The flow of Shakti from the Shivapindi is activated in a larger proportion due to the mudra.

With this mudra, the vibrations of Shakti spread throughout the body. – Ms. Priyanka Lotlikar, Sanatan Ashram, Ramnathi, Goa. 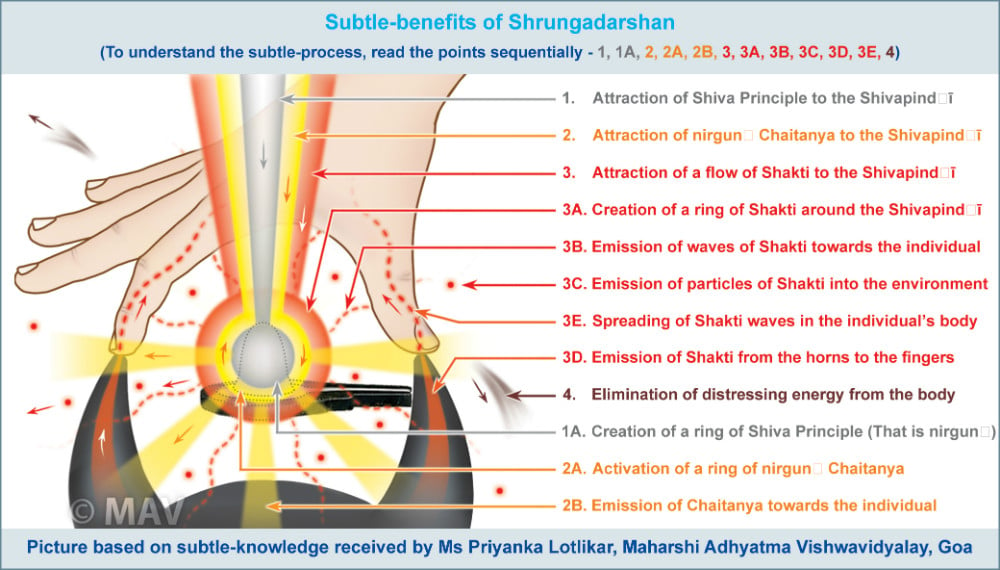 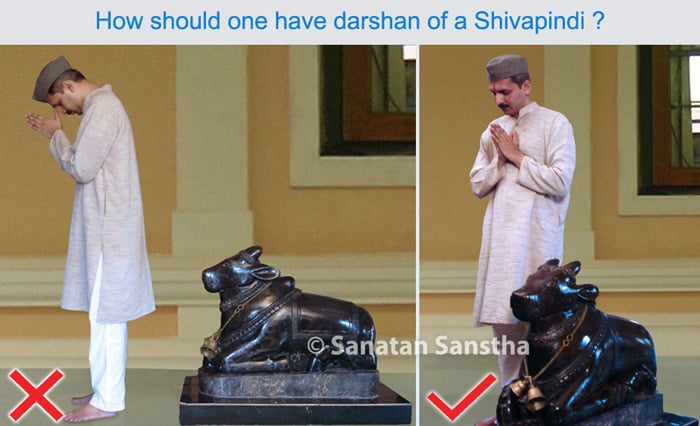 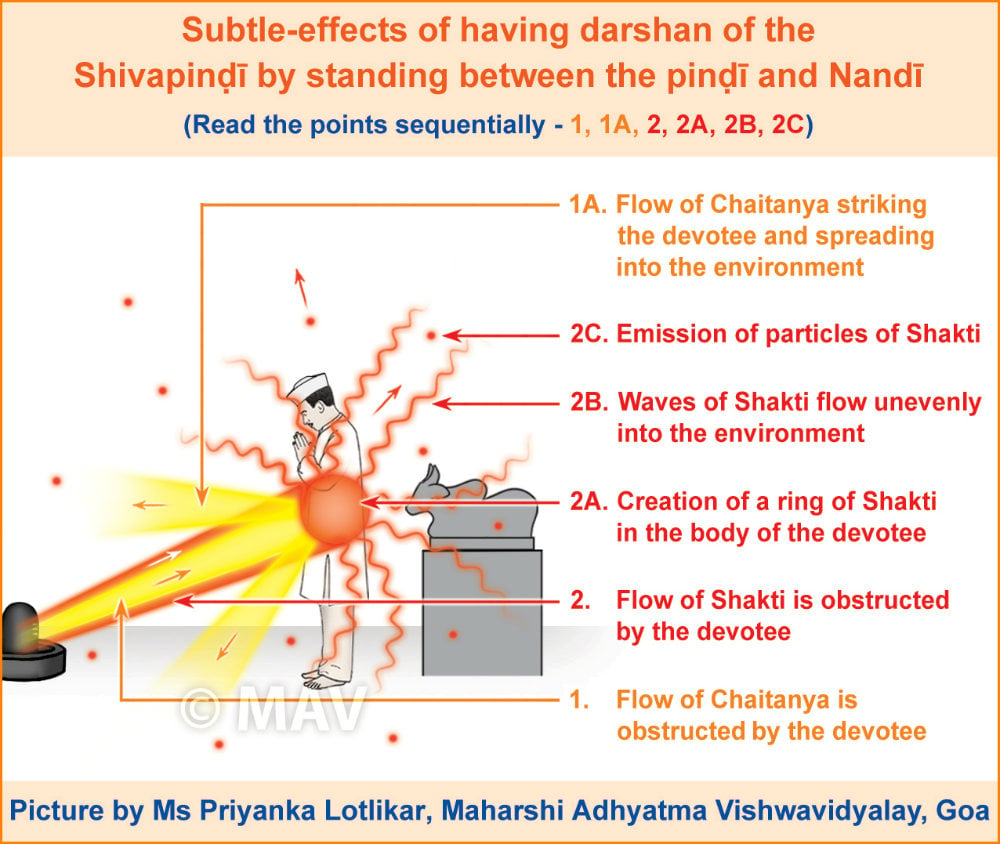 A. Accuracy of the picture based on subtle-knowledge: 6%

B. Positive vibrations in the picture based on subtle-knowledge: 2% – H.H. Dr. Athavale (Sanatan’s source of inspiration)

1. Since Deity Shiva and Shrivishnu are superior Deities, Shakti is emitted in a higher proportion through their Idols.

Tama
One of the three components in the Universe denoting inertia and ignorance
Kaliyug
Era of strife (The present era, amongst the four eras)
Dharma
Righteousness
Ashram
A place where a seeker can remain engrossed in spiritual practice through spiritual discipline