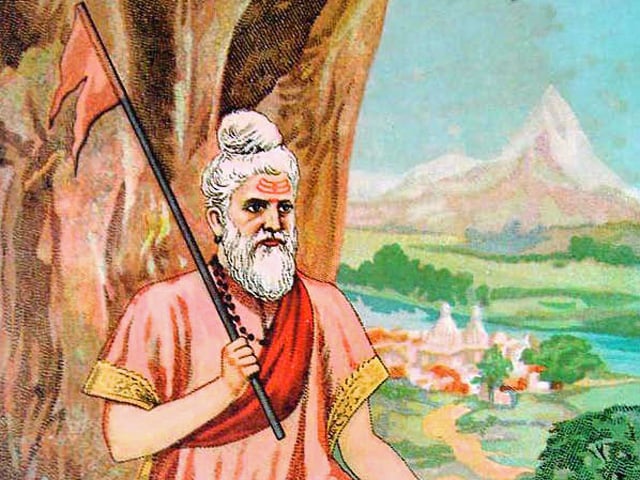 A great devotee of Deity Ganesh from the 14th century, Morya Gosavi is well-known for His intense devotion unto Ganesh. He practised devotion unto Shri Ganesh in Morgaon in Pune District and also worshipped Him seated on a rock in Theur, a village on the banks of River Mula-Mutha.

Ganapati gave a vision to Morya Gosavi and told him that He would manifest at Chinchwad to help him to worship there. Thereafter he found an idol of Shri Ganesh in the basin of River Karha. Later Morya Gosavi moved from Morgaon and settled in Chinchwad where he constructed a temple of Deity Ganapati and installed the idol of Shri Ganesh found in River Karha. After sometime Morya Gosavi took Sanjivan Samadhi (A superconscious state of meditative union with the Absolute God Principle) in Chinchwad. 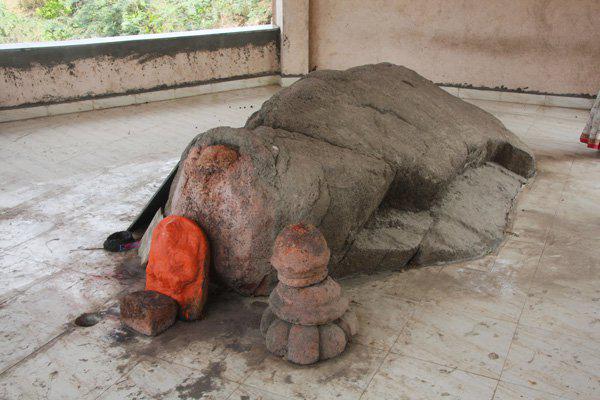 The sacred rock and spot near Theur where the Ganesh devotee Morya Gosavi sat and performed spiritual practice.

Let us pay wholehearted obeisance to this place which stands testimony to the utmost devotion of the Ganesh devotee Morya Gosavi !