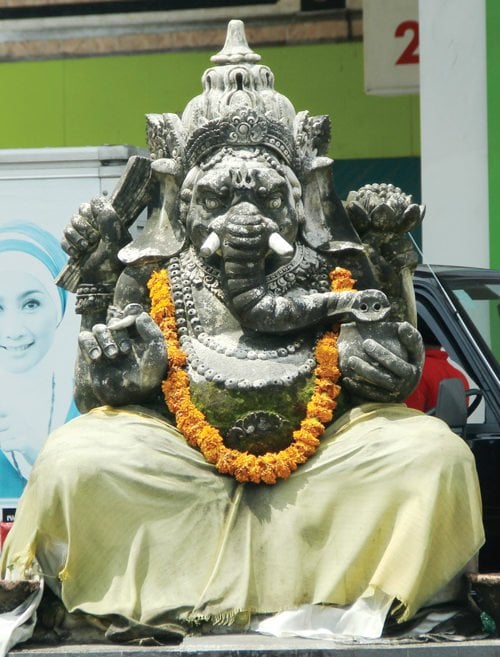 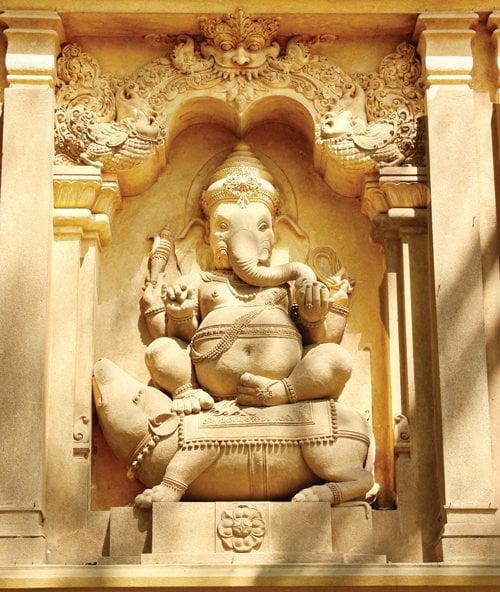 1. Hindu culture is deeply rooted in Indonesia, a group of islands with Muslim majority population. A Ganesh idol as a guardian deity at the entrance of a petrol station, on the island of Indonesia, 4000 kilometers away from Bharat depicts how Hindu culture was existing there.

2. Ten kilometers away from Colombo in the village of Kelniya there is an ancient temple of Vibheeshan. Beside it a huge stupa is constructed by Buddhists where an idol of Shree Ganesh is also present.