The Kanipakam Vinayak temple in Chittur District of Andhra Pradesh is world famous for its self-materialised Ganesh idol and various associated legends. It is said that in the 11th century a king belonging to the Chola dynasty built this temple. It was renovated by the king of Vijayanagar in 1336. 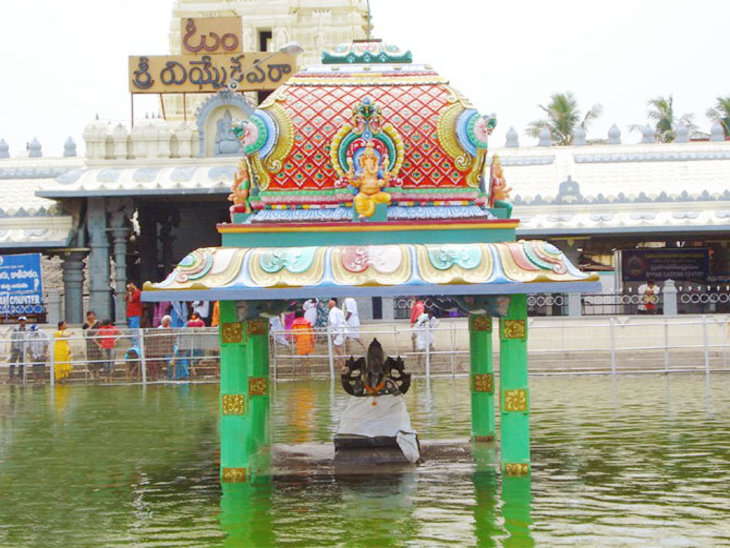 An interesting story proving the existence of God has been told with respect to this temple. Of the three brothers living in this village one was blind, one deaf and one dumb. They made their living by tilling a small piece of land. Once the well in their field dried up. Therefore one of the brothers descended into the well to dig it deep. His axe struck a stone idol and it started bleeding. As the blood mingled with the water in the well the water turned red. Instantaneously, the deformities of all the three brothers vanished. Then the villagers extracted the idol from the water and worshipped it ritualistically. Since then this well has never dried up. Day-by-day the shape of this Ganesh idol has been changing. People resolve their conflicts and disagreements by visiting this temple and swearing by Shri Ganesh, while facing the well. The one swearing upon Shri Ganesh is believed to be with the truthful side. In fact after bathing in this well even criminals confess their crimes and are absolved of sins.This believed to be a reliable method of meting out justice in this village.