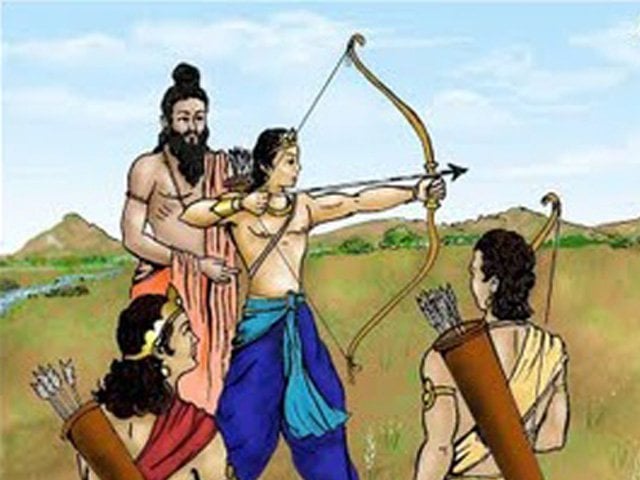 Every seeker in the primary stage has read that in Spirituality, the ultimate means of salvation is a Guru, whereas a seeker in the advanced stage actually experiences it. Most seekers are unaware of what they should do to acquire a Guru. As a result, not only the present, but several future births are wasted. To be accepted as a disciple by a Guru, one needs to gain the grace of a Saint. However, for bestowal of the Guru’s continuous grace, one has to constantly earn His blessings. An easy solution to this is to do what Saints and Gurus expect, and that is, practice of Spirituality. This article provides information on changing the spiritual Guru. In this context, one should take a decision considering the points given ahead. However doing what another spiritually evolved person recommends would be even better in this regard.

1. Changing the Spiritual Guru by oneself

B. After being in the Guru’s company, if one realises that ‘the Guru’s spiritual knowledge and spiritual experiences are inadequate’, etc. or due to some reason if doubts about the Guru’s potential are generated in one’s mind, then one should change the Guru.

C. ‘Do what the Guru says, not what the Guru does.’ If a Guru were to go to a prostitute a disciple would follow suit, but when the Guru swallows pieces of glass, the disciple loses courage. Some feel that changing the Guru due to the above mentioned reasons like the Guru’s external behaviour implies that ‘one’s spiritual level is low and hence, one is blaming the Guru’ or that, ‘one is lacking in faith’. At such times, instead of wasting time in analyzing whether one’s spiritual level is low or that of the Guru is low, changing the Guru is the best solution because once a doubt is generated in the mind, spiritual practice does not occur smoothly.

D. If a disciple’s doubts are not vanquished by an ignorant Guru and the disciple goes to another Guru capable of eliminating his doubts, then he does not incur any sin. Just as a honeybee flits from one flower to another in search of honey, so also a disciple desirous of acquiring spiritual knowledge goes from one

Guru to another till he acquires it. In this context, the Gurus so acquired by the disciple desirous of spiritual knowledge are only teachers and not real Gurus. Deity Dattatreya chose twenty-four Gurus (Shrīmadbhagvat, skandha 11). They were not Gurus but only teachers or assistant teachers.

One will wonder what the need is to have so many Gurus when only one is capable of endowing one with Self-realisation. The answer to this is that, to attain Self-realisation only one Guru is sufficient. If one develops doubt about His preaching, one should get rid of it. To be able to perceive the soul principle which is common to all creation, visible and invisible, Deity Datta accepted the qualities of these objects as His Gurus. Thus the spiritual knowledge that His Guru endowed Him with has been strengthened by accepting these attributes as the Gurus.

E. If after practising Spirituality as advised by a Guru, one does not acquire even a small quantity of Bliss and spiritual knowledge, then one should certainly take guidance from another Guru. – Shiva Puran.

F. The Guru who cannot endow spiritual practice after acquiring spiritual knowledge, should be rejected. Samarth Ramdas Swamidescribes this as,

Gurus who neither instruct the disciple to do spiritual practice,
Nor train him to gain mastery over his senses,
Are worthy of rejection; even though they are available by the dozen. – ShriDasbodh 5.2.21

G. Akin to ShriRamakrushna Paramhansa who wished to acquire the experience of Self-realisation through various paths of Spirituality, after attaining Self-realisation, one may accept a Guru with authority in the respective path. Generally a majority of the Gurus have knowledge only about the particular path through which They have performed spiritual practice. However, one should remember the example of the great Saint Gulabrao Maharaj of Vidarbha who says, ‘Once one acquires the genuine experience of Self-realisation, one does not even think of acquiring it through various paths.’

2. Harbouring the fear that the Guru
will be enraged, if one is changing to another Guru

One should not fear that the Guru will be enraged by changing the Guru; because genuine Gurus never get angry and there is no need to fear the wrath of a fake one.

3. Changing the Spiritual Guru
according to the directives of one’s Guru

4. One should not change the Spiritual Guru

A. Some change their Guru as their desires remain unfulfilled. They fail to comprehend that the Guru’s real mission is to destroy desires.

B. If spiritual progress is occurring smoothly, then one should not change several Gurus. This is just like one continuing a medicine to which one is responding, without changing it.

C. Thinking that, ‘My Guru is not appropriate, I must change the Guru’ is considering oneself to be more knowledgeable than the Guru.

D. Losing faith in the Guru : Despite following his Guru’s advice, a disciple suffered each time.

The disciple felt that all these were just excuses. If this happens, one should consider this to be one’s ‘test’ and should continue one’s spiritual practice without losing faith. The Panḍavas underwent so many tests, yet their faith in Shrīkrushna did not waver. If this is not possible, then one should return the knowledge endowed by the Guru like Yadnyavalkya, without making use of it and should begin learning everything afresh, from another Guru.

Answer : Even if the Guru’s intellect is impure, whether it can overcome the disciple’s impure intellect is the only thing that a disciple should take into account. This query is similar to the million dollar question whether the river Ganga which cleanses the sins of so many is a sinner herself.

F. If one observes defects in the Guru, then how should one face it ? : One should ignore such feelings thinking “There are more defects in objects than in the Guru.

G. One should remember that if one does not make spiritual progress, it is due to one’s past impressions or one’s inadequate efforts and should not attribute it to the Guru. Such a realisation can occur only due to devotion and faith.

I. Since the basic tenet in Spirituality is going from ‘many to one’, thinking about going from one Guru to several, is wrong. When the disciple falls at his Guru’s feet, tears (one of the manifestations of the eight sattvik [Sattva-predominant] emotions) flow, just as a chaste woman finds ultimate happiness at her master’s feet.

J. Until one attains a spiritual level of 70%, one is bound to get doubts regarding the path of Spirituality and the Guru’s potential off and on, as the mind is active and getting doubts is a function of the mind. Later however, as there is dissolution of the mind, this does not occur.