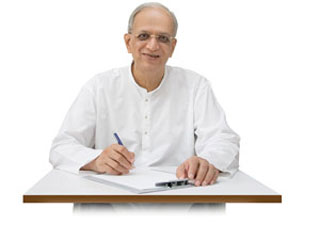 In the 3 Marathi Editions of the ‘Dainik Sanatan Prabhat’ published from Goa and Maharashtra, we print a treasure of thoughts from Paratpar Guru (Dr.) Athavale that give us an insight into the pathetic state of our Nation and Dharma, and the only solutions to problems we face today. We reproduce here some for the readers to get the right perspective.

A Nation rich in character is an ‘Ideal Nation’ !

The rulers have granted permission for things such as pornography, Pubs, Live-in relationships; as a result, the character of the citizens is getting ruined. Ramrajya and ‘Hindavi Swarajya’ (Established by Chatrapati Shivaji Maharaj) were ideal because those Nations were rich in character. Will the rulers of today understand this aspect and make efforts to make a Nation rich in character ? The coming ‘Hindu Nation’ (Sanatan Dharmarajya ) will be rich in character.

God will never forgive rulers who are responsible for destroying love for the mother-tongue !

In the ‘Hindu Nation’ there will be no ‘reservations’ !

In the ‘Hindu Nation’ there will be no castes. Hence, there will be no ‘reservations’. In the interest of the Nation, all the posts will be filled by people who will possess the required calibre and skills.

‘Hindu Nation’ is the only remedy for an ailing Nation !

There is no single remedy to cure all the diseases, nor is there a single law to deal with all court cases. However, to deal with all the ailments plaguing the Nation and Dharma, there is one and only one remedy – establishing the ‘Hindu Nation’ !