Many of us visit the Devalay in order to have darshan of the deity and to benefit from the Shakti (Divine Energy) and Chaitanya (Divine consciousness). Did you know that darshan of the kalash of the temple, as soon as one enters the temple premises, can impart maximum benefit? Let us understand more from this article.

1. Special attributes of the kalash in a Devalay 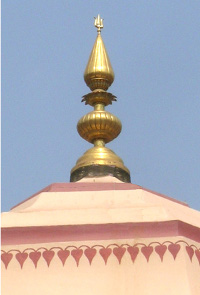 A. The kalash of the Devalay imbibes the nirgun [Non-materialised] waves from the Brahmanḍa (Universe).

2. Creation of a sheath of sattvik waves around the physical body
of the individual on having darshan of the kalash from Devalay premises 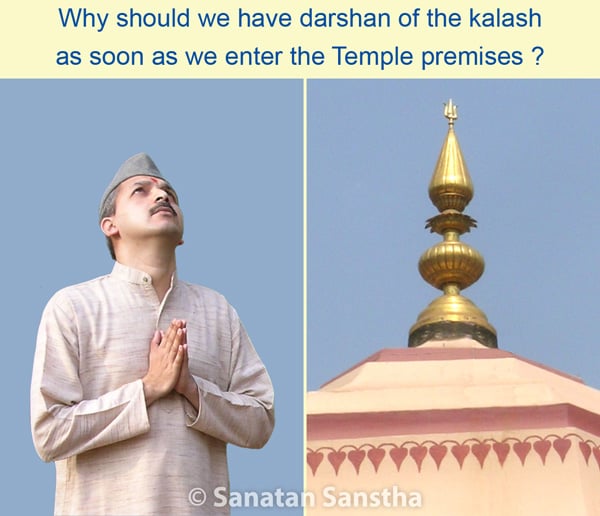 Before entering the Devalay, have darshan of the kalash from the Devalay premises and pay obeisance to the kalash. This activates the sattvik waves emanating from the kalash and that benefits the individual having darshan by way of formation of a sheath of sattvikwaves around it. – A Scholar (Through the medium of Mrs. Anjali Gadgil, 17th November 2005, 2.27 p.m.) 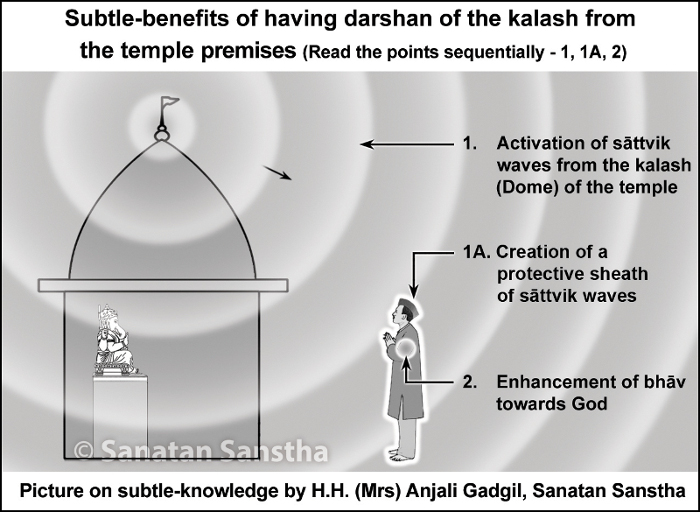 ‘On the morning of 23rd December 2007, the day of Datta Jayanti, I was sitting on the terrace of Sanatan’s Ramnathi Ashram and chanting, off and on looking towards the sky. Suddenly, I was attracted towards the kalash of the Datta Devalay near the Ashram. While looking at the tip of the kalash, my concentration increased and my chanting began to take place well. I experienced that my subtle bodies are imbibing the Datta Principle emanating from the Devalay. Later, a saffron colour dhwaj (Flag) was raised on the kalash. While looking at the dhwaj, I experienced that I am gaining Shakti (Divine Energy) and felt goose-pimples well up. That day by God’s grace I experienced the importance of having darshan of the kalash of a Devalay.
– Ms. Madhura Bhosale, Sanatan Sanstha