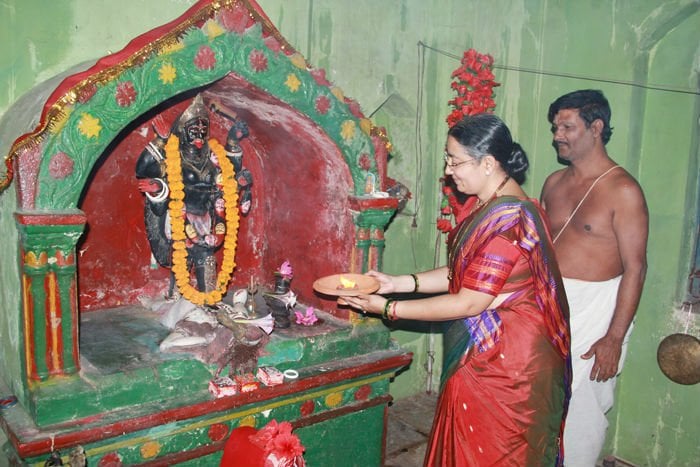 51 seats of Divine Energy of the Devi are spread over Pakistan, Nepal, Bangladesh and Srilanka. Six of them are in Bangladesh. They are as follows –

The village of Jainpur lies in the north-east in the Silhet District of Bangladesh. The neck of Devi Sati had fallen at a place called Shrishail here. The Shakti (Divine Energy) here is called Mahalakshmi and the Bhairav (messenger of Deity Shiva) is called Shambaranand.

This temple located at Kartoyatat near Bhavanipur village in Sherpur sub-district of Bogra District in Bangladesh, and is known by the name of Devi Aparna. The ornament in the left leg of Devi Sati had fallen here, so it is a Shaktipeeth. The Bhairav from here is called Vaman.

Ishwarpur village is located in the Khulana District of Bangladesh. Hands and legs of Devi Sati had fallen at a place called Yashor here. The Shakti here is called Yashoreshwari and the Bhairav is Chand.

The Shaktipeeth of Devi is situated at Sitakund village in Chitgaon District of Bangladesh. This Shakti is called Bhavani. (Details are given further.)

There is a Shaktipeeth on Khasi mountain in Bhorbhog village in the Jayantiya sector of Silhet District of Bangladesh. The left thigh of Devi Sati had fallen here. This Shakti is called Jayanti and the Bhairav is Kramadishwar.

Shikarpur village in the Barisal district of Bangladesh is situated on the banks of River Sonda. The temple of Devi situated here is a Shaktipeeth as the nose of Devi Sati had fallen here. This Shakti is called Mata Sunanda and the Bhairav from here is Tryambak.

There is a Shaktipeeth in the picturesque surroundings of Sitakund village in the Chitgaon District at the foothills of the mountain. Here Deity Durga is called Bhavanidevi. Devi Sati’s right hand had fallen at Sitakund.

The mountain here is called as “Chandranath’ mountain which has an altitude of 1020 feet. Its temple is on the mountain top. Chandrashekhar being Shiva’s Bhairav form, He protects this Shaktipeeth.

Examples of ignorance among Hindus

What is unfortunate among Hindus from Bangladesh is that they are ignorant about the importance of Shaktipeeths. Hence many Hindus instead of paying respects to Bhavanidevi temple in this village instead give priority to paying obeisance to Chandrashekhar whose temple is situated on this mountain top.

Sanatan’s Sadguru (Mrs.) Anjali Gadgil has been travelling all over Bharat and abroad for the past five years collecting photographs of ancient premises (vastu) which we are able to view from the comfort of our home. For that let us offer gratitude at the Holy feet of Paratpar Guru (Dr.) Athavale and Sadguru (Mrs.) Gadgil.