Between Jammu and Kashmir is a hillock called ‘Hari Parvat’. It is the throne of the Primal Energy. Divine Mother Sharika Bhagwati is also called ‘Mahatripursundari’ and ‘Rajarajeshwari’. 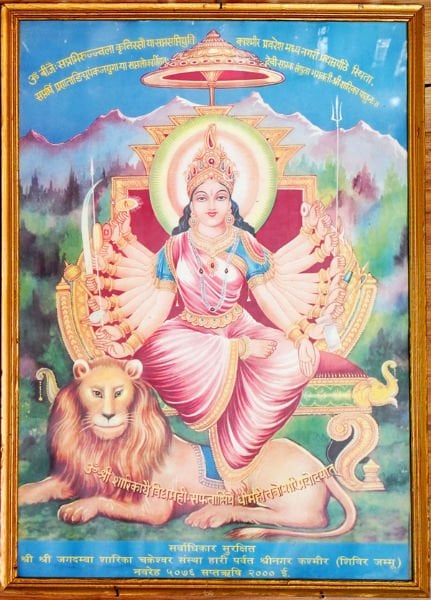 The eighteen armed Shri Sharikadevi is the village deity of Kashmir. This place has in fact received its name, Srinagar, from the Devi.

Here Shri Sharikadevi exists in the form of a huge Shriyantra. This self-arisen Shriyantra is seated on a tall rock. It has a mystical circle and triangle with a dot in the center. 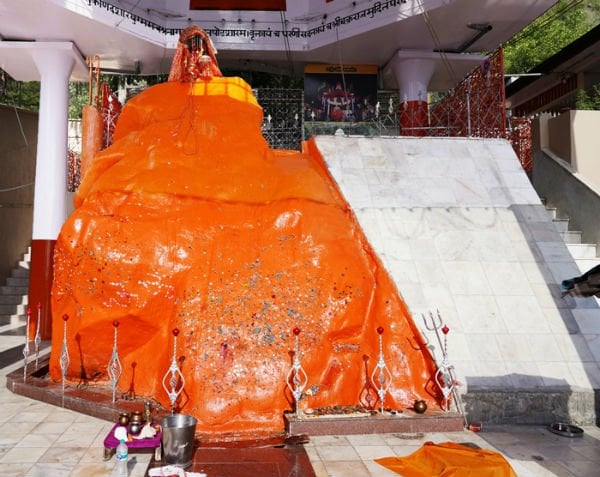 The legend associated with Shri Sharikadevi

Based on the ‘Vishesh Tadvaita’ ‘Shri’ is the consort of God and performs the mission of connecting God and man. According to historians once upon a time the Hari Parvat hillock had become a huge lake due to a demon named Jalobhav. Devotees then pleaded with Deity Parvati for help. On Ashadh shukla paksha 9, Devi assumed the form of a bird called ‘salunki’. Holding a Divine stone in its beak the bird flung it onto demon Jalobhav annihilating him and protected Srinagar from being submerged. Then Shri Sharikadevi made Hari Parvat Her permanent abode.

On Sharika Jayanti (birthday) devotees offer ‘tehar-charwan’ (turmeric powder, oil, salt etc) to Devi. During Navaratri, that is during the New Year of Kashmiri Pandits devotees pray and perform ritualistic worship regularly at Hari Parvat. As this mountain has three shrines – that of Shri Sharikadevi, Maqdoom Saheb and Gurudwara Chati Padshahi all Kashmiris revere it.