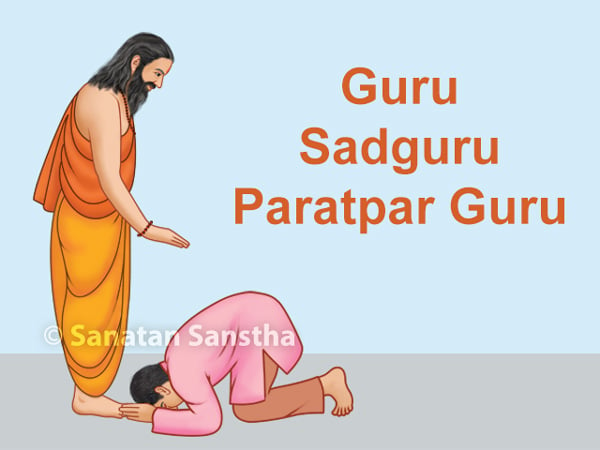 This article explains various types of Gurus, their method of teaching and achieving spiritual progress of disciples.

1. Type as per the form and absence of a Guru

The table ahead illustrates the types of Gurus according to the form and an outline of their missions. This will clarify points such as the necessity of a Guru, who needs Guru, etc. In this regard, from the worldly perspective, the point to be considered is that till the thoughtless state (that is, a spiritual level of 70% is attained), spiritual evolution takes place faster if one has a Guru in human form. Thereafter, for further spiritual progress a disciple mostly receives guidance from within.

2A. Definition, meaning, mission and role in the disciple’s progress

The points ahead elaborate on the difference between a Guru, a Sadguru and a Paratpar Guru.

2 C. Mission and its nature

3 D. Proportion of Divine
characteristics and the tarak and marak form