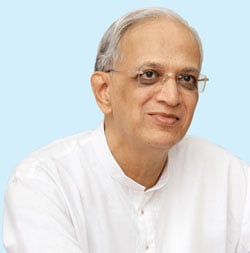 Many may feel that talking about the ‘Hindu Nation’ when practically nothing is happening in this direction at the physical level is an exaggeration; however, Saints who know the future have already sensed the bright future. Many people are curious to learn more about the ‘Hindu Nation’. Detailed information on this topic will be made available to the readers in this column commencing from this issue.

There are many misconceptions about the ‘Hindu Nation’, most of which are a part of the propaganda by atheists and so-called progressive elements. These people have an allergy to anything that begins with the word ‘Hindu’. However, there are many prudent thinkers, intelligentsia and readers who can peruse the perspectives here without any prejudice before finally forming their own opinion. Here we introduce the subject.

One speciality of Hindu Dharma and the subcontinent of Bharat is that remarkable incidents of the future have been pronounced much before they have actually taken place. Sage Valmiki, whose brilliance was unparalleled, first compiled Ramayan. It is only after its compilation that Prabhu Shriram, the Incarnation of Shri Vishnu, was born and the historic Ramrajya materialised on the earth.

Paratpar Guru (Dr.) Athavale, an authority on Spirituality, first put forth the thought that the Divine Kingdom (meaning, the ‘Hindu Nation’) will be established in Bharat in 2023. After this farsighted declaration, He has been writing consistently on the subject of the ‘Hindu Nation’ at the intellectual as well as the spiritual level. It is in these thoughts that the seed of the ideal structure of the Nation, meaning, establishment of Dharma is placed.

Many may feel that talking about the ‘Hindu Nation’ when practically nothing is happening in this direction at the physical level is an exaggeration; however, Saints who know the future have already sensed the bright future. Making efforts in this direction is our spiritual practice.

Many scholars have defined the ‘Hindu Nation’ based on Geography, History, Culture and Philosophy. On the other hand, Paratpar Guru (Dr.) Athavale has elucidated the subject from the spiritual perspective. It can be easily deduced from this Holy text that establishing the ‘Hindu Nation’ not only in Bharat (that teaches the world the expansive spiritual philosophy of benevolence of the world) but the entire world, is a spiritual process.

Sadly, the sub-continent of Bharat, which was inherently a ‘Hindu Nation’, became a ‘secular Nation’ after Independence, and the glowing concept of the ‘Hindu Nation’ was eclipsed.

Ramrajya (Rule of Shriram, which also means the rule of Righteousness) is being labelled a myth in the same region where it was actually established. Efforts are being made to push the ‘Hindavi Swarajya (Hindu self-rule)’, meaning, ‘Hindu Nation’ established by Chhatrapati Shivaji Maharaj into oblivion, and under the pretext of a secular kingdom, paint it green.

This Holy text is a guide to the various constituents of the Hindu society (such as Hindu organisations, sects, Saints, advocates, scholars etc.). It elaborates on what needs to be done to establish the ‘Hindu Nation’.

By taking inspiration from the encouraging thoughts of Paratpar Guru (Dr.) Athavale, may each reader be motivated to shoulder the responsibility of establishing the ‘Hindu Nation’ in Bharat to the best of his ability, which will give the spiritual experience of Ramrajya and may each reader work tirelessly to accomplish this mission at the physical, psychological, intellectual and spiritual levels – this is our prayer at the Holy feet of Prabhu Shriram.