2. Education and various activities as a student

Paratpar Guru (Dr.) Athavale secured a scholarship of Rs. 6/- per month for 4 years for having passed the secondary scholarship exam while in VII standard. While in XI standard, He passed elementary and intermediate drawing exams and ‘Kovid’ exam in Hindi. He was in the merit list in the secondary school exams. He obtained His MBBS degree in 1964.

A. Shouldered responsibilities in various organisations as a student

From schooling to obtaining Medical degree and until leaving for England for a job, Paratpar Guru (Dr.) Athavale shouldered responsibilities in various organisations. (His activities are briefly given in the table alongside.) 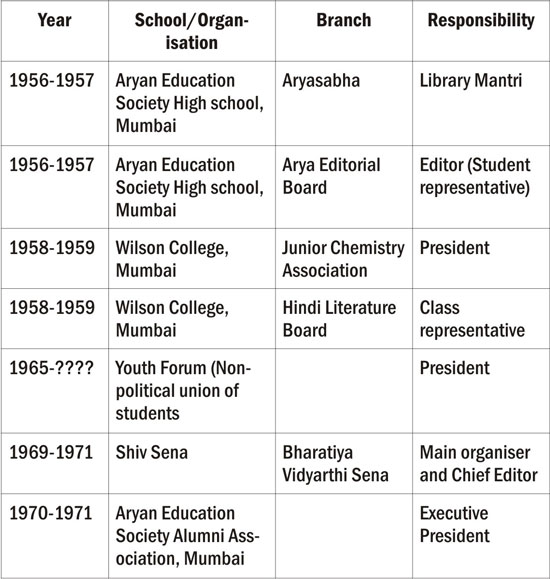 After working for 5 years in various hospitals in Mumbai, Paratpar Guru (Dr.) Jayant Athavale stayed in England from 1971-1978. In this period, He continued with His research.

A. Research in Hypnotherapy on mental disorders.

B. He made a Disposable Aural Speculum for checking the ears – the first in medical science.

C. As He thought of making a Disposable Nasal Speculum for checking the nose, but then He decided to return to Bharat, which left the research incomplete.

Kaliyug
Era of strife (The present era, amongst the four eras)