Experts believe that the Covid-19 patients are at greater risk 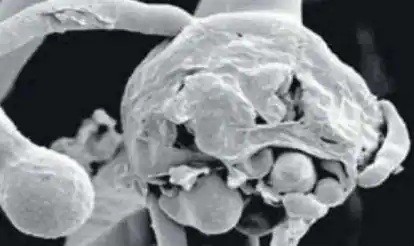 New Delhi – Fresh cases of white fungus infection were reported amidst rising cases of black fungus infection (Mucormycosis) in India. Four Covid-19 patients admitted at Patna Medical College and Hospital (PMCH) were found to be infected with white fungus as well. Those already on oxygen support are at greater risk, experts say. Dr. S.N. Singh, Head of Microbiology Section at PMCH is of the opinion that this fungus affects the skin. Moreover, he said, it could turn out to be deadly if detected at a later stage.

Medical experts say that #WhiteFungus is more deadly than #Mucormycosis or #BlackFungus as it affects other organs of the body besides the lungs. Know more about it here!https://t.co/TkXNFBGy0K

After Coronavirus, ‘Mucormycosis’, which is commonly referred as black fungus has been declared as a notifiable disease under the Epidemic Diseases Act, 1897. Many States have reported an increasing number of cases related to Mucormycosis over the last few weeks. Telangana and Rajasthan have already declared Mucormycosis as an epidemic.

Mucormycosis is a type of fungal infection. This fungus is believed to be airborne. People with weak immune system are the most susceptible to get contracted with Black Fungus. This fungus enters the human body via nasal passage. Its growth takes place in the nasal cavity. Multiplying at a rate even faster than that of cancer cells, it affects eye cells or even the brain tissues. Hence this particular form of fungal disease is deadlier than other infectious diseases. Runny nose, discolouration around the bridge of the nose, swollen eyes, loss of vision and toothache are some of the common symptoms of this disease.