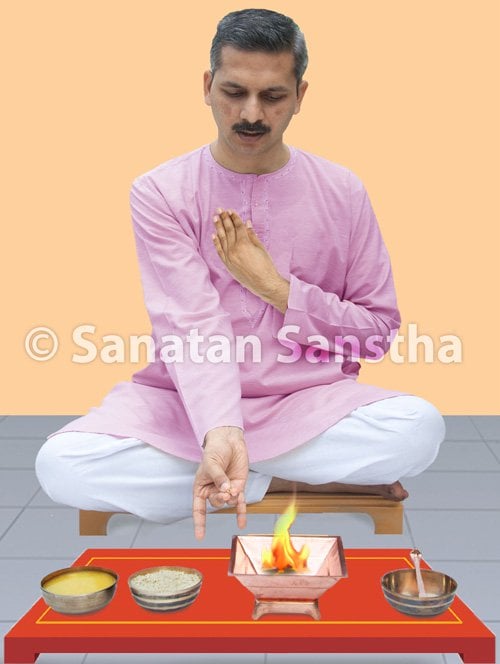 To study the effects of agnihotra on the environment a study was conducted on behalf of ‘Maharshi Adhyatma Vishwavidyalay’ using the scientific instrument of Universal Thermo Sacnner (U.T.S.). Given further is the nature of the study, the readings of those performing the ritual and their analysis. 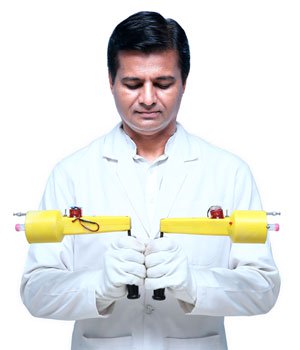 In this study UTS readings of the one performing the ritual were recorded both before and after the ritual and the readings taken were compared for study.

Note to readers : Due to restriction of space the points related to this article such as ‘U.T.S.’, an introduction to the equipment used in study, components of study through use of these instruments, aura of the components, methods of testing and precautions taken to standardise the testing is given on the link goo.gl/tBjGXa of Sanatan Sanstha. Please note that some letters from this link are in capital.

2A. Absence of negative energy

2B. After performing agnihotra there was an
increase in positive energy in the agnihotra basin

2C. After performing agnihotra tremendous
increase in the aura (note) of the agnihotra basin was recorded

Note – Aura : The sample of saliva in man and dust particles on an object or a small part of an object is used  to measure its aura.