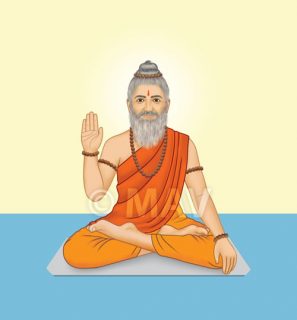 As the spiritual practice of an embodied soul (jiva) grows the sattvikta emitted from it also increases and objects, premises and environment coming in contact with it get saturated with Divine Consciousness (Chaitanya). Temples, samadhis (tombs) of Saints and the ashrams where Saints reside are saturated with Divine Consciousness and emit it all over. In short, as spiritual practice increases the spiritual level of an individual so do several specific positive changes occur in him with consequent positive effects on components in the surroundings. If these effects are studied then   several new things from Spirituality will be unravelled and the knowledge so acquired can be utilised for the welfare of mankind. It is with this objective that Paratpar Guru (Dr.) Athavale has studied specific events in His own life and in that of other Saints and  some seekers. Under the guidance of Paratpar Guru (Dr.) Athavale such specific events, objects, premises or environment are being researched such that these changes are comprehensible to even the common man. One such study carried out at the Sanatan ashram at Ramnathi in Goa is given further.

Seeing circles with colours of the rainbow on the lenses of spectacles used by a seeker regularly, without obstructing vision, a phenomenon which is a novice even for the optometrist : Both lenses of my spectacles show seven circles in colours of the rainbow opposite the eyeballs. They are very clear and well defined. Despite these changes in the lenses my vision is unaffected. The change is noticed in the lenses only when the spectacles are removed. Though the lenses are several years old this change has been observed only in the past five months. When I showed the lenses to the optometrist who made the spectacles he said that he has seen this phenomenon for the first time.

2. Scientific mechanisms involved
in creation of forms of the rainbow colours

2A. Cause for a rainbow in the atmosphere

A rainbow is a meteorological phenomenon caused by reflection, refraction and dispersion of light in water droplets resulting in a spectrum of light appearing in the sky.

2B. When are the seven rainbow colours visible ?

2C. Difference between other colours and colours in the rainbow

3. Specific knowledge obtained by a seeker
in the context of creation of forms with seven colours

3A. Spiritual process of formation of colours
of the rainbow and the cause-effect phenomenon

3A 2. Science underlying changes in the seven colours, with and without spectacles : After wearing spectacles light is active in front of the viewer hence due to merging of the Abolute Water Principle and light instead of the effect of colour, it is seen directly. As against this when viewed by placing spectacles in front of the eyes without actually wearing them refraction of light occurs from behind. At that juncture as the union of the Absolute Water Principle and light is at a distance from the eyes the lenses of the spectacles show seven colours of the rainbow.

3B. The rainbow colours created on the spectacles are testimony to the
God Principle remaining active in the materialized form for protection of society

The process of destruction of black energy derived from negative energies and stored in the physical and subtle bodies of seekers is occurring due to spiritual practice appropriate for the era performed by the seekers and the grace of the Guru. In this process too as negative energies have unleashed their war strategy of  tormenting seekers by causing manifestation of black energy, to destroy them and protect seekers the God Principle has become active. The appearance of rainbow colours appearing on the spectacle lenses of a seeker affected by negative energy is a manifest testimony of the God Principle activated to protect the seeker.  It indicates the process of rapid disintegration of black energy occurring rigorously in the subtle body of the seeker. In this intense period of crisis responding to the attacks by negative energies this is a unique spiritual experience to show that God is protecting the seeker.

3C. Reasons for the rainbow colours not
developing in the spectacle lenses of Saints, seekers
possessing spiritual emotion and seekers suffering from negative energy distress

3C 1. Saints : Saints performing samashti spiritual practice, Sadgurus and Paratpar Gurus  behave as per God’s wish. Hence along with the physical body Their subtle body too becomes a medium for emission of Divine Consciousness. As subtlest Divine Consciousness is emitted from the eyes of Saints in the form of light the components coming in contact with that Divine Consciousness show gross effects such as creation of colours on spectacles lenses or signs of these components going into Nirgun eg glass becoming transparent etc

The seven coloured forms appearing on the spectacle lenses of a seeker depict that Divine energy is active.

Seekers are trying to do more research to find the cause and effect in specific phenomena occurring in objects and premises. What is the scientific reason for rainbow colours appearing on the spectacle lenses of a seeker ? What scientific instruments can be used to study such changes ?

We would be thankful if researchers in science and students studying this subject would assist us in this.