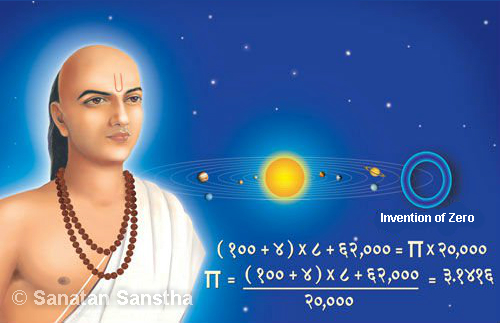 Sage Bodhayan was the first to explain the theorem which is today well known as Pythagoras theorem.

Aryabhatta invented ‘Zero’ and ‘Binary system’. Dr. Brigs, a scientist from NASA, says that, “We should not forget that the zero in mathematics is a gift given by the great Indian intellectuals and the binary system which is used in computers today is also an invention made by Indians.”

In 100 BC itself India had institutionalized value system in mathematics and decimal fraction method. That is why the great scientist Albert Einstein had mentioned, “We are highly indebted to Indians as they have taught us counting. Without it, none of the important scientific inventions would have been possible to accomplish.”

Indians have gifted Trigonometry and Algebra to the world. Calculus was invented by a scholar from Kerala in the year 1400, which was well before Newton found it.

In the 11th century, Shridharacharya found outmany important principles in Algebra. Even today the formula for solving Quadratic Equations is well named as “Shridhar formula” or “Hindu formula”. His texts contain specific elaboration of arithmetic and area related aspects.

Shrinivas Ramanujan was a world famous Indian mathematician. Great mathematicians around the world spent several years trying to solve the mathematical riddles posed by him. 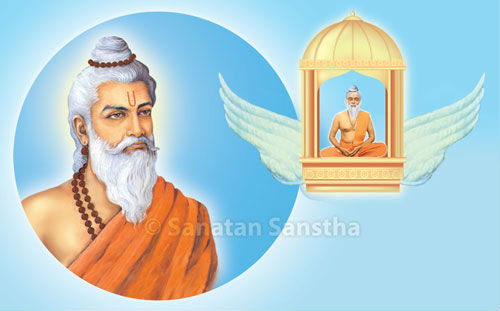 Maharshi Kanad had put forth the theory of atom and universe, thousands of years before the scientist Dalton.

Sage Bharadwaj is the creator of aviation technology from the Vedic period. His text “Vaimanik Prakaranam” describes the subject of aviation in great details. Shri Ganesh Nerlekar Desai, amodern researcher of ancient handwritings and scriptures, found out that Shri Shivkar Talpade from Mumbai had successfully flown an airplane on the basis of the text authored by Sage Bharadwaj, more than 10 years before the experiment made by Wright brothers.

Bhaskaracharya had discovered the principle of gravitational force ahead of Newton.

Dr. Homi Bhaba made several significant discoveries in the areas of atomic energy.

American organization, IEEE, resolved a century old query and proved that Guglielmo Marconi was not one who gave wireless radiotelegraphy to the world. It was Prof. Jagdeeshchandra Bose who invented it and therefore Prof Bose is the originator of the technology behind radio, television and mobile communication. Bose was specialist in Physics, Biology, Vegetation and archaeological science and first inventor of Crescograph. He was the first scientist to study and experiment upon radio technology and transmission of microwaves.

Through the Latin language, Sanskrit is considered as mother of all European languages. As per a journal published in 1987, Sanskrit is the most apt language for computers. Hundreds of years before the current age astronomers, Bhaskaracharya had stated that one solar year is composed of 365.25875684 days in the 5th century itself. 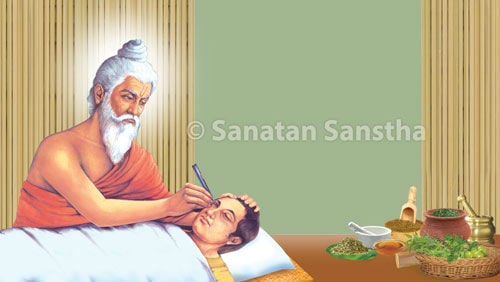 As known to the human race, Ayurveda is the most ancient medicinal science. It is a great boon givenby Deity Dhanvantari and Acharya Charak was an eminent Ayurvedic practitioner. He is also the author of ‘Charaksanhita’.

Maharshi Sushrut is the Father of Surgery. More than 2600 years ago, Maharshi Sushrut and other Indian medical practitioners had performed several surgeries related to deliveries, cataract, fracture, kidney stone etc. 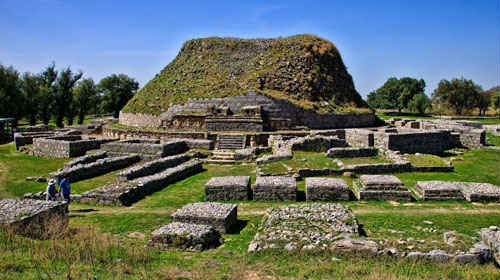 World’s first University, Takshashila was established in Bharat in 700 BC. More than 10,500 students from all over the world studied more than 60 subjects in this University. The Hunas destroyed Takshashila city when they attacked Bharat in the 5th century.

Nalanda University which was founded in in 5th century in Bihar is considered as the most valuable availability by ancient India in the field of education. This University was burnt and destroyed by Bakhtiyar Khilji, a Turkish aggressor, in 12th century.

The destruction of these two great Universities, schools imparting education, Gurukuls and Muths was done with the sole objective of destroying the significant research and advancement done by Bharat in the fields of astronomy, science, mathematics, chemistry, biology etc.

Bharat, the most advanced country
in the world in field of Yoga and Spiritual science

Holy texts such as Vedas, Upanishads, Ramayan, Shrimadbhagwat, Bhagwadgita are the boons bestowed by Saints and evolved beings of Bharat for the upliftment of the entire world.

Kumbh-mela is a biggest example of disciplined gathering of highest number of human beings in the world.

From time in memorial, entire mankind is benefiting from peace and bliss derived from spirituality and yoga taught by Bharat. In addition to this, evolved beings like Swami Vivekanand, Swami Ramtirth, Paramhansa Yogananda, Swami Ram, Sai Shri Leelashahji Maharaj have traveled across the world to educate countless people on India’s Vedic Darshanshastras and changed their outlook by stressing importance of spirituality, meditation and adopting vegetarian lifestyle.

Industrialism, Sports and others 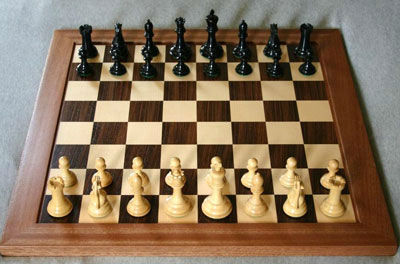 The above facts are only few glimpses of great Indian history and its culture.Such dignified is our Indian culture that once we understand it, our confidence gets boosted with the realization that we are the successors of those great beings who have nurtured the entire world. We also are capable of accomplishing such great deeds, however because of the Macaulay’s education system prevailing in schools and colleges which teaches us incorrect history, we have been purposefully kept aloof from the Indian culture, greatness of our Saints and the vast research done by Indians.

Omnipotent Saints will uncover the greatness of Indian culture!

Till the time evolved Saints prevail on this Indian land, the greatness of India and its culture will keep surfacing. Lakhs of Hindus who had drifted away from the Indian culture because of the foreign attractions, have now started adopting healthy, satisfying, enriching and blissful life because of assistance, guidance and teachings provided to them.