On the night of Kojagiri Pournima (full moon) the moon is closest to the earth. That night Deities Lakshmi and Indra are worshipped. As the legend goes Deity Lakshmi descends on to the earth at midnight and endows the one awake, with bountiful wealth and prosperity. Let us try to understand the importance of this day and about the puja (ritualistic worship) to be performed, through this article. 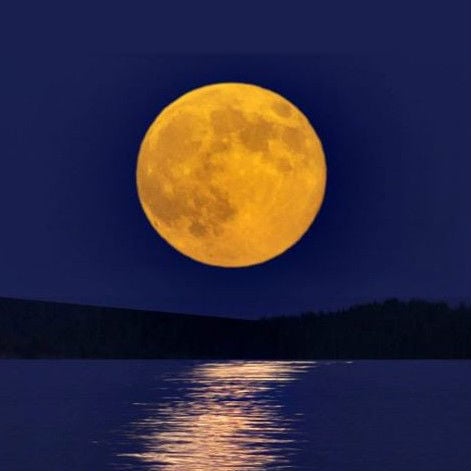 Kojagiri Pournima is a festival celebrated on the Pournima in the Hindu lunar month of Ashwin.

The Holy text Shrimadbhagwat states that it is on this day that Shrikrushna performed the Rasotsav (Divine play through dance, with the milkmaid devotees (gopis) ).

A. On this day the moon is closest to the earth because of which it appears large. The moon which symbolises Chandrama, the Moon Deity is tranquil and Bliss-endowing just like Chandrama. Seekers are able to experience tranquility akin to the moon from Incarnations of God, hence Deities Rama, Krushna etc are also referred to as Ramachandra, Krushnachandra etc. It is because of this virtue of the moon that in the Holy Shrimadbhagwadgeeta, Chapter 10, verse 21 Shrikrushna says, ‘Among the planets, I am the moon’.

B. At midnight Deity Shri Lakshmi descends from the atmosphere of the moon onto the earth and asks ‘Ko jagarti’ meaning ‘who is awake ?’ and blesses the one awake with wealth.

C. On this day vibrations of the Energy of Will (Icchashakti) of Shri Lakshmi, from  the concept of Adishakti (The Primal Mother), are functional in the universe. Fulfillment of desire with expectation of procuring wealth occurs on this day. This concept helps in purification of the physical and mental bodies and in making the mind happy. On this day a mission acquires a special functional ability, rather strength, to accumulate wealth.

D. On this day the moon is closest to the earth, that is close to the Kojagiri mountain from which this Pournima derives its name as ‘Kojagiri Pournima’.

E. Frequencies emitted into the environment on the day of Kojagiri Pournima

Only the one who is awake and alert on the night of Kojagiri is able to partake of Divine nectar (amrut) ! Kojagar is derived from three words ko+oja+agar. On this day through the moonlight we receive Bliss in various levels as Atmanand, Brahmanand etc. in the form of soul energy (oja), in abundance. But to be able to partake of that Divine nectar Sages ask ‘Who is awake ? Who is alert ? Who is aware of the greatness of this nectar? The one who is awake and alert and perceives its greatness becomes a beneficiary of this Divine nectar !’ – H.H. Parashram Pande Maharaj, Sanatan Ashram, Devad, Panvel.

5. How to celebrate this festival

‘On this day the meal consists of items prepared from the newly harvested crop of grains. At night Shri Lakshmi and Deity Indra seated on His vehicle, the elephant Airawat, are worshipped. After the puja puffed rice and coconut water are offered (naivedya) to Deities and deceased ancestors and are then served to all guests as Holy sacrament (prasad). Milk is boiled and condensed in the beautiful moonlight of the Sharad (autumn) season and is offered to the moon and then partaken of as Holy sacrament. Moonlight has some medicinal properties. Hence this milk is good for health. On this night people stay awake all night and play entertaining indoor games. The following morning food is consumed after the fast.

6. Reasons for worshipping Deities
Lakshmi and Indra on Kojagiri Pournima

A. On this day the moon earnestly pleads with these two Deities to manifest in their Principle forms on the earth.

7. Puja of Deities Lakshmi and Indra

A. Puffed rice and coconut water are used in this puja. The former gives happiness and the latter, coolness. Hence these two substances are used by an embodied soul (jiva) to attract frequencies of Bliss and tranquility respectively, towards it.

B. The moon is offered condensed milk because on this day by looking at the reflection of the moon in the milk we can imbibe the Moon Principle emanating from it. The form and Principle of the moon in both, the gross and subtle forms, are imbibed by this milk.

C. Remaining awake : At midnight Deity Lakshmi descends from the atmosphere of the moon on to the earth and pleased with those who are awake showers Her grace upon them. That is why it is a tradition to remain awake on the night of Kojagiri Pournima.