Photograph of auras observed during the testing with PIP’technology 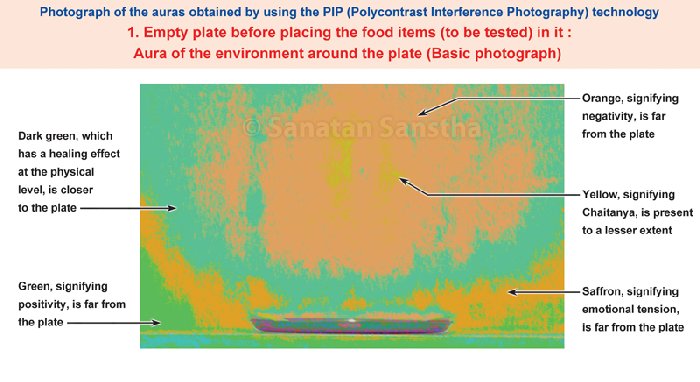 Mankind has been advised to abide by Achardharma (Code of righteous conduct). Man benefits from sattvikta (Purity) when he abides by Dharma, and the influence of Raja-Tama(Activity and ignorance) components on him reduces. The conducts to be followed include daily routine, consumption of meals, wearing of clothes and ornaments etc. People do not abide by Achardharmain Kaliyug. Consumption of meals is also no exception. Here, we will see the effect of bread and chapati on our diet. From this we will realise the importance of Achar regarding meals.

1. It is always beneficial to eat chapati than eating bread

Bread is classified under modern diet. Since it made of fine flour, it is difficult to digest and also lacks in vitamins. Since bread is not easily digestible, it forms a sticky lump and then ferments inside the body. If it remains for a longer period in the stomach, we can suffer from various ailments; for example, heaviness in the stomach, stomachache, constipation, reduction in digestive power etc. Conversely, since chapatis are made of wheat flour, they are easy to digest and are enriched in vitamins. They nurture the body well. 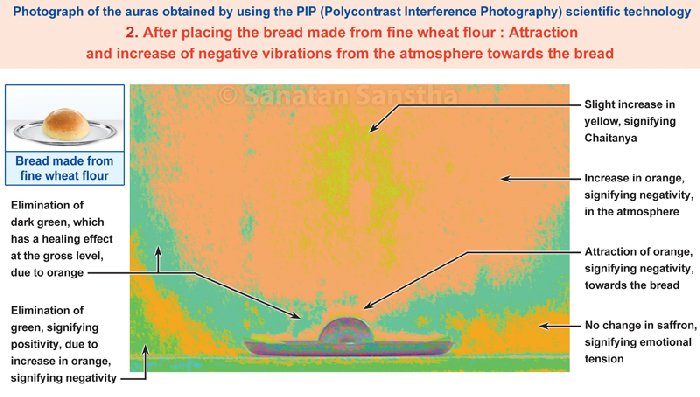 However, rationalists need proof and not some ‘word of spiritual authority’. They take any aspect to be true only if it is proved scientifically with the help of some equipment.

Tests were conducted through ‘RFI’ (Resonant Field Imaging) and ‘PIP’ (Polycontrast Interference Photography) technology on bread and chapati to scientifically verify the nature of vibrations emitting from these. Sanatan Sanstha is making these scientific efforts to impart education on Dharma to mankind.

3. Introduction to RFI and PIP 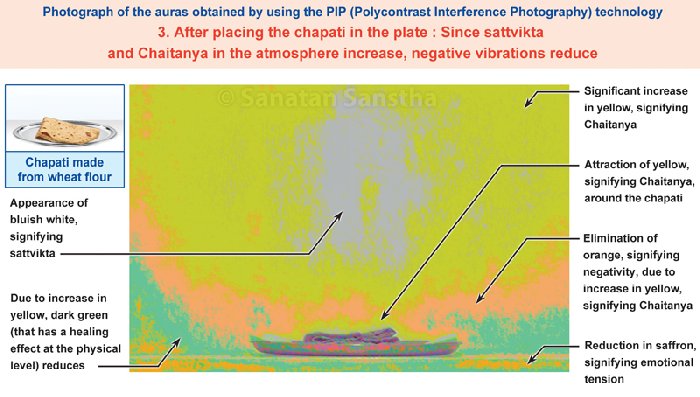 With the help of ‘RFI’ reading equipment, universal energy in the environment can be measured. With the help of ‘PIP’ technology, we can understand the momentum of vibrations around an object and can see the colour aura around it. By connecting computerised PIP equipment to a video camera, circles of energy associated with the objects, buildings or individuals can be observed through filters in the PIP equipment. This equipment separates the colours and has facilities to observe positive and negative colours as per their concentration. Given ahead is what various colours signify as per ‘PIP’ technology.

4. Observations and their description 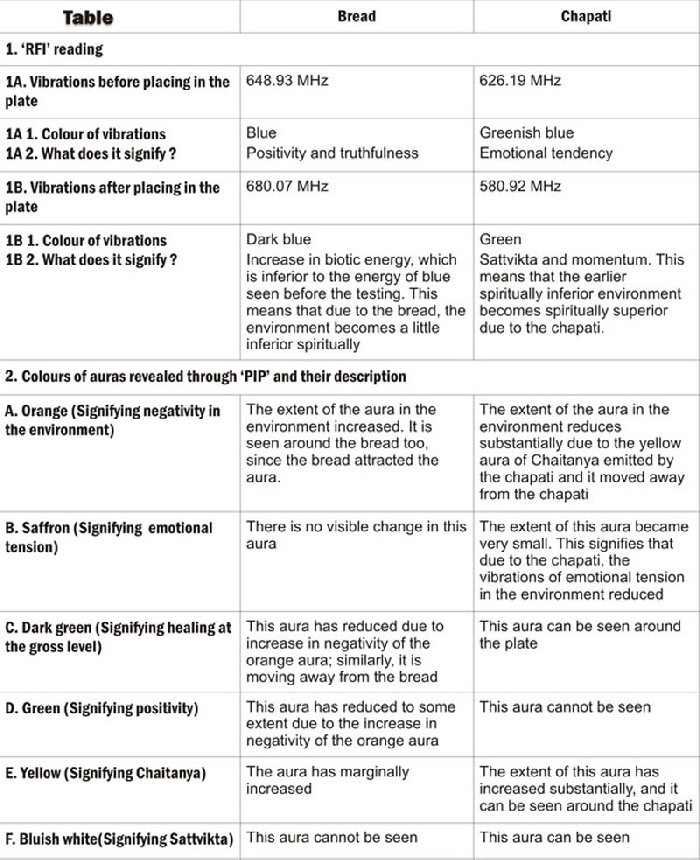 Note to the Table –In this test we note down the changes in the environment caused by the presence of any object; but since the environment changes constantly, recording it under which the object is to be placed (known as the ‘Basic record’) has to be taken before the testing – in this case – bread and chapati. Hence, while testing the bread and chapati, an empty plate was placed on a table and observations noted; then the object was placed in the plate and observations noted again.

Conclusion :From these observations, it is realised that bread attracts negative vibrations and increases them. Whereas, chapati destroys the negative vibrations by emitting sattvikta (Purity) and Chaitanya (Divine consciousness) into the environment. Hence, it is proved through this scientific experiment that it is more beneficial to eat chapati than eating bread.
(Mr. Santosh Joshi [Researcher of Universal Energy, Sarvashram Universal Spiritual Energy Research Centre, Dombivli, Maharashtra] made these observations on 3.2.2014)

Who is Truly Progressive ?