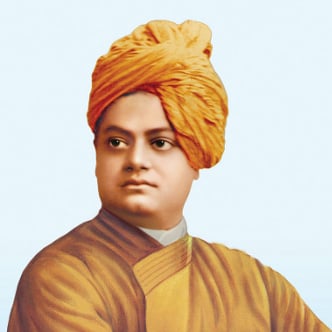 A. Purification of converted Hindus is necessary

Representative (R) : Should converted be taken back in Hindu Dharma through purification ?

Swami Vivekananda (V) : Of course, purification of converted Hindus has to be done. If that is not done, population of Hindus will go on reducing. Farishta, an ancient Muslim historian says that population of Hindus was 60 crores when Muslims first came to India. Today (in 1899), it is only 20 crores. Most of the conversions were made by Muslims or Christians on the strength of sword. Today’s converted Hindus are descendents of the earlier converted Hindus; therefore, it is not right to drive them away. Those, who got converted by choice, can also be taken back in Hindu Dharma, if they so desire. Hindus who converted to other religions due to oppression need not be asked to take atonement while taking them back in Hindu Dharma.

B. Non-Hindus were accepted by Hindu Dharma, is history !

R : Those, who are originally non-Hindus, should they be purified i.e. taken as Hindus ?

C. Converted Hindus can adopt their earlier caste after purification and
non-Hindus can become followers of ‘Vaishnav Sect’ after adopting Hindu Dharma

R : In which caste, such purified people should be taken?

V : Those, who were converted by force, will get their earlier caste when they come back to Hindu Dharma. Those, who are adopting Hindu Dharmafor the first time, will have to be given a new caste which can be under ‘Vaishnav’ Sect. Marriages can take place amongst themselves (so as to avoid ‘Varna-sankar (cross-breeds)’) They can adopt Hindu names because there is Hindu identity and ‘chaitanya’ attached to it.