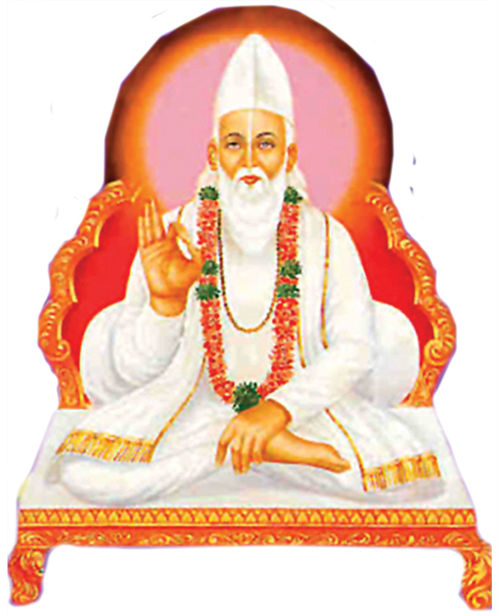 1. Vanishing of the burning sensation of skin
of the Emperor of Delhi just by the vision of Saint Kabir

Sikander Lodhi was the emperor of Delhi. Once he was suffering from burning sensation of skin, which could not get eased by remedies from physician and the hakim. He then first went to Ramanand Swami but was disappointed due to His rule of not seeing the face of people of foreign origin. He then went to meet Saint Kabir. As soon as he saw Saint Kabir, his burning sensation vanished.

Sheikh Taki, the Guru (Spiritual Master) of Sikander Lodhi could not tolerate the fact that Sikander’s suffering of burning sensation of skin vanished due to the grace of Saint Kabir and therefore he tried to kill Saint Kabir by tying Him with iron chains and drowning him in river Ganga. After that he also tied Him in His house and set the house on fire. However, in both attempts Saint Kabir merged unscathed. Once Kabir was even tied in front of an inebriated elephant, but the elephant fled in the opposite direction.

1 B.  Bringing a dead body to life

Once, a dead body of 5 to 6-year-old boy came floating through the river Ganga. Sheikh Taki challenged Saint Kabir to make him alive. Kabir just glanced at the dead body and the boy became alive again. People were astonished at His feat and exclaimed, “This is simply great”. Later Sheikh Taki surrendered to Saint Kabir, stayed at His house and became His disciple.

1 C. Dead girl coming alive out of the grave

1 D. Kabir being Paratpar Guru of Kamal and Kamali

Kabir said, “25 years back, I had travelled to Himalayas on the strength my spiritual power acquired through Yoga. Two siblings were performing penance at that place. They sought knowledge of Brahma from me. I told them that this is not the apt time. They both died at young age. As per their destiny they were reborn as Kamal (one who came floating in river Ganga) and Kamali (one who became alive from the grave). I am not only their paternal guardian but also their Paratpar Guru (Supreme Spiritual Master)”