Very good response to the meetings held by HJS 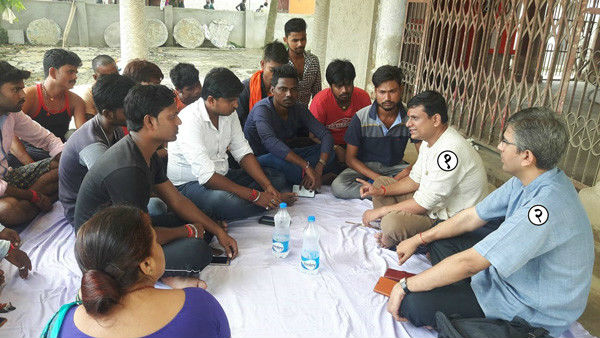 Darbhanga (Bihar) : Present Darbhanga District is in the Mithila Prant from the ancient times. Mithila had the tradition of Rajarshi Janak who was the father of Sitadevi, the wife of Prabhu Shriram. King Janak ruled over Mithila for three Yugas, namely Satyayug, Tretayug and Dwaparyug. Although Janak was a king, he attained the status of a sage. In the current democracy, Governments cannot survive even for 5 years. On this background importance of King Janak is outstanding. In the current democracy not a single politician has attained status of sage; because the tradition of ruling giving predominance to Dharma in democracy has finished. Therefore it has become essential today to establish a ruling system with rulers abiding by Dharma. Hindu society expects youth from Mithila town to contribute for this cause, expressed Shri. Chetan Rajhans of Sanatan Sanstha here. Meetings were organised in Simari, Putai, Manigachi and Ahiyari in district Darbhanga to establish contact as a part of Hindu Rashtra Sampark Abhiyan by Sanatan Sanstha and HJS jointly. Shri. Vishwanath Kulkarni of HJS was also present during all these meetings.