If one understands the implied meaning and science behind the holy days and religious festivals, only then can they be celebrated with complete faith. Therefore in these articles emphasis has been given to explain the implied meanings and science. This article provides information on why Gudhi is hoisted on Hindu New Year (i.e. Gudhipadwa), relationship between Gudhi and battle, and which prayer is to be said on the day of Gudhipadwa.

2. Radiation of sattva-gun, Divine consciousness, waves of
Knowledge and materialistic-non-materialistic Principle of Brahma to the
extent of more than 50% from Deity Brahma and hoisting of Gudhi to absorb them 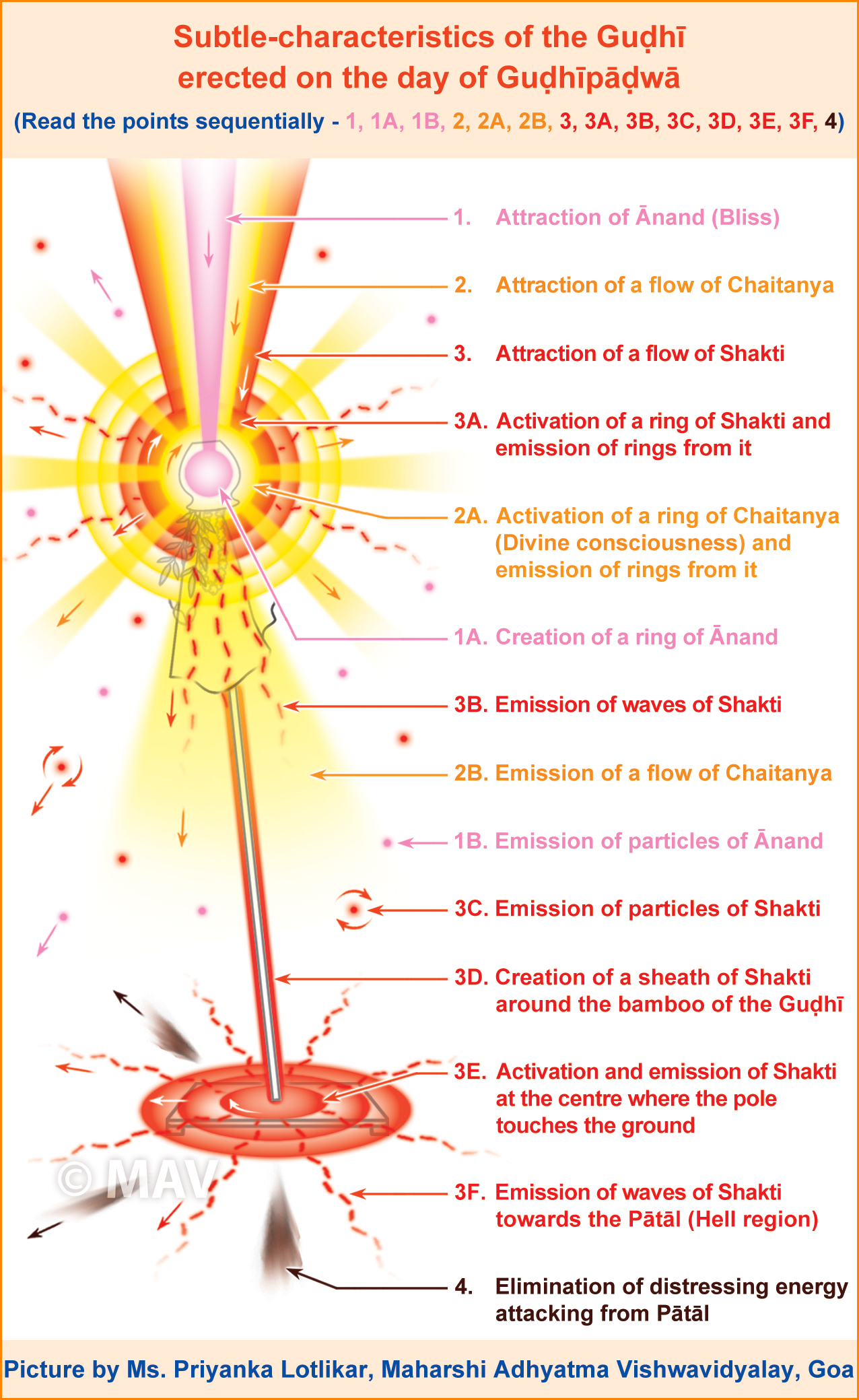 3. Relation between battle and Gudhi

A. Reason behind erecting Gudhi at each stage of the battle

B. Receiving blessings from superior Deities in the form of Their Principles, after making use of Gudhi in the battle

Depending upon the cloth which is tied to the Gudhi, the waves of Divine Energy, spiritual emotion, Chaitanya, Anand (Bliss) are transmitted from it as per need and everyone gets benefited through it. The subtle-most waves transmitted from the higher regions into the universe get attracted to the Gudhi after hoisting it and the warrior Deities get benefited from it. By erecting Gudhi, the warrior Deities receive Chaitanya through it and are able to bravely fight against the powerful daemons and achieve success in the battle. In this way the blessings in the form of frequencies of Principles from Deity Brahma and Deity Shiva are acquired by the Deities and in this way the superior Deities participate indirectly in the battle.

4. Prayers to be made on the day of Gudhipadwa 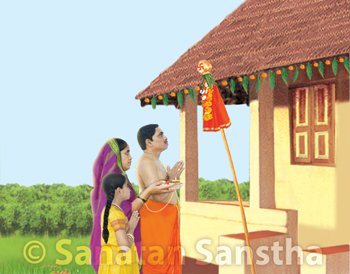