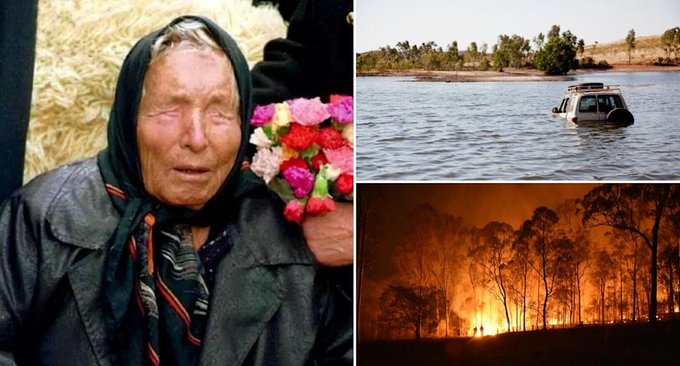 New Delhi – A famous blind mystic Vangeliya Pandeva Gushterova aka Baba Vanga has predicted severe water shortage in many parts of the world in 2022. Baba Vanga was a Bulgarian prophet who had the power of prophecy without eyesight. The water from rivers will be polluted. Many cities will experience a shortage of drinking water. The water shortage will cause many people to move places. Also, the aliens might attack the earth.

Aliens will attack the earth Aliens will send a satellite called ‘Oumuamua’ to explore life on the planet earth. Aliens may attack the planet after that.

Spread of a deadly virus

Due to global warming, glaciers in Russian Siberia will start to melt. Hence, a team of scientists will initiate an investigation into the frozen virus. This virus will be highly contagious and spread rapidly. Global systems will fail to counter the virus.

Bulgarian Psychic Baba Vanga ‘Predicted’ Virus, Tsunami, Alien Attack in 2022 The ‘Nostradamus of the Balkans’ is said to have predicted the 9/11 terror attacks and Brexit, among many others. #LatestNews by #News18 https://t.co/hjwXw4zrJe

This year, people will spend more time on phones, laptops, and connected devices. This habit will convert into an addiction. Hence, people will experience mental health issues and fall sick.

Threats of earthquakes and tsunami disasters

The probability of earthquakes and tsunami disasters will increase. A disastrous earthquake in the Indian ocean may cause a destructive tsunami. The impact of this calamity can be observed in countries like India, Australia, New Zealand, and Indonesia. Hundreds of people might succumb to this disaster.

The temperature in India will reach 50°C !

India will be no exception to global warming. Many parts of the country will see the highest temperature reaching 50° Celsius. It will cause a drought-like situation across the country. Higher temperatures may cause pests to destroy the farm fields.