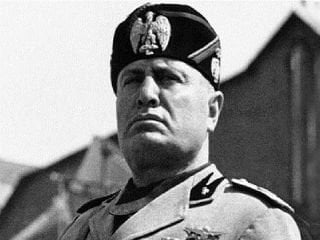 Benito Mussolini who was notorious for his dictatorial rule over Italy for two decades from 1922 to 1943, once developed insomnia. Despite all available treatment modalities he was unable to sleep soundly. One of his mistresses was a Bengali woman who was well-versed in music. When she told Mussolini how Bharatiya music can serve as a remedy for cure of sleeplessness he ridiculed it.

In 1933 Bharatiya Classical singer Pandit Omkarnath Thakur was touring Europe. When he arrived in Rome Mussolin’s Bengali mistress met him and explained Mussolini’s condition to him and invited him to Mussolini’s residence. 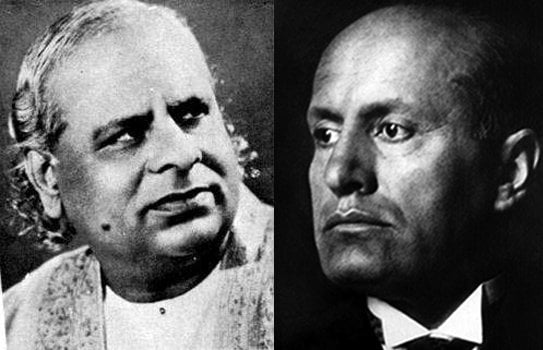 Pandit Thakur complied and asked Mussolini for permission to sing. He also requested Mussolini to consume a vegetarian meal that night. Immediately after the meal Pandit Thakur started singing in the version of raga ‘Puriya’ which brings about miracles. Within fifteen minutes of listening to this Mussolini fell asleep.

The next day Thakur received two letters from Mussolini one thanking him and the other a letter of appointment as director of music in his international university. Pandit Omkarnath Thakur however rejected the offer as he wished to return to his motherland.

Thereafter Mussolini honored Thakur as his guest for several days. In fact Mussolini got different experiences from the different ragas that Thakur sang. One day he presented raga ‘Chayanat’ to Mussolini after which tears flowed from Mussolini’s eyes. He then confessed that never before had he felt so good in his life. (Tears flowing from the eyes of one of the most cruel dictators from the world after listening to Bharatiya Classical music itself explains the transcendental nature of Bharatiya music – Editor)

With passage of time Pandit Madanmohan Malviya established the Kashi Hindu University And Pandit Omkarnath Thakur was appointed as the first director of the music and art department. He gained recognition not only as an artist and teacher but also as an administrator.