The westerners are only now
becoming aware of the importance of prayers
mentioned in Hindu scriptures thousands of years ago!

We have heard of many westerners and Hollywood film stars taking up Hinduism as their religion. They have not just taken up Hinduism for publicity sake, but they have realized the importance and the scientific approach involved in every action done. Unfortunately bhartiyas understand this only after a westerner converts and takes up Hinduism. A simple example is of Srila Prabhupada, who wanted to preach in India, the importance and necessity of serving Shrikrushna as mentioned in the Hindu scriptures, and he received no encouragement. A similar preaching he did in the West and the response and encouragement he received is still visible, where hundreds of westerners are converting to become Shrikrushna’s devotees each year.

The positive effect of prayers, classical music and virtuous words on water and food 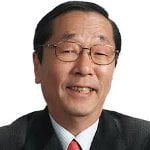 ‘Japanese scientist Dr. Masaru Imoto studied the effect of prayer, music, positive words, chanting and environment on water and food. He also photographed the effects of changes that take place with or without a prayer, western and classical music and positive and negative words. He concluded that prayers, music, Positive words, chanting have an exceptionally positive effect on water and food. Our body consists of 72% water. Therefore, positive words have a beneficial effect on our health and vice versa.

1. During his childhood, Dr. Imoto was taught by his mother to pray before meals. He says that praying is not just an action for feeling good, but it is truly beneficial.

2. ‘We greet so many people on their birthdays, achievements, festivals, celebrations and during examinations, in positive words. The objective underlying these actions is the same’, adds Dr. Imoto.

(The greatness of Hindu scriptures and consequently that of Hindu Dharma becomes clear with this explanation. – Compiler)