More than 4500 attend the Hindu Rashtra Jagruti Sabha at Kharepatan 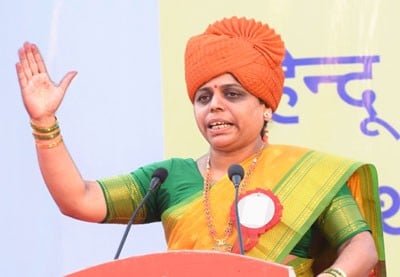 Kharepatan (Sindhudurg District) – When addressing the 81st Hindu Rashtrajagruti Sabha organised by Hindu Janajagruti Samiti on the huge ground of Navinchandra Mafatlal High School at Kharepatan in Sindhudurg District, on December 29, 2019 Dharmapracharak Sadguru (Miss) Swati Khadye said, ‘By 2060 Muslims who are a minority in Bharat will become the majority and will declare this an Islamic nation. That is why now itself we are demanding for a Hindu nation. Our forefathers have sacrificed for the sake of God, nation and Dharma that is why today we are enjoying the fruits of independence. If the present generation makes sacrifices for establishing a Hindu nation then the future generation will be able to live with dignity as Hindus.’ The Sabha was wholeheartedly attended by more than 5500 Hindus. It commenced with blowing of a conch by Mr. Rajendra Parab. Then a statue of Chatrapati Shivaji Maharaj was garlanded by Co-ordinator of Hindu Janajagruti Samiti Mr. Manoj Khadye. Present on the dais were Advocate (Mrs.) Kaveri Rane of Ranaragini Shakha and Youth Co-ordinator of Hindu Janajagruti Samiti, Mr. Sumit Sagwekar. The speeches started after priests Mr. Mandar Manerikar and Mr. Saumitra Padhye recited Vedic mantras in their radiant voices charged with Divine Consciousness (Chaitanya), sowing the seeds for a Hindu nation in the audience.

Information on the Hindu Janajagruti Samiti was given by Ratnagiri District Co-ordinator Mr. Vinod Gadikar, compering was done by Mr. Anand Mondkar and Mrs. Shivani Redkar.

We shall celebrate only Gudhipadwa as our New Year !

Mr. Sagwekar appealed to the audience to take the pledge to celebrate the New Year only on Chaitra shukla paksha and not on December 31st as the Hindu New Year commences on the day of Gudhipadwa with even Nature, flora and fauna indicating it. He said that celebrating December 31st is like getting converted to Christianity for a day. 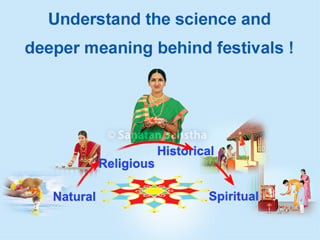 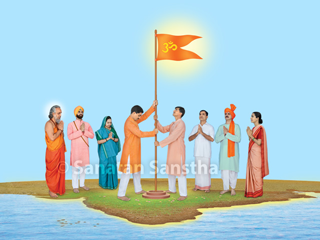