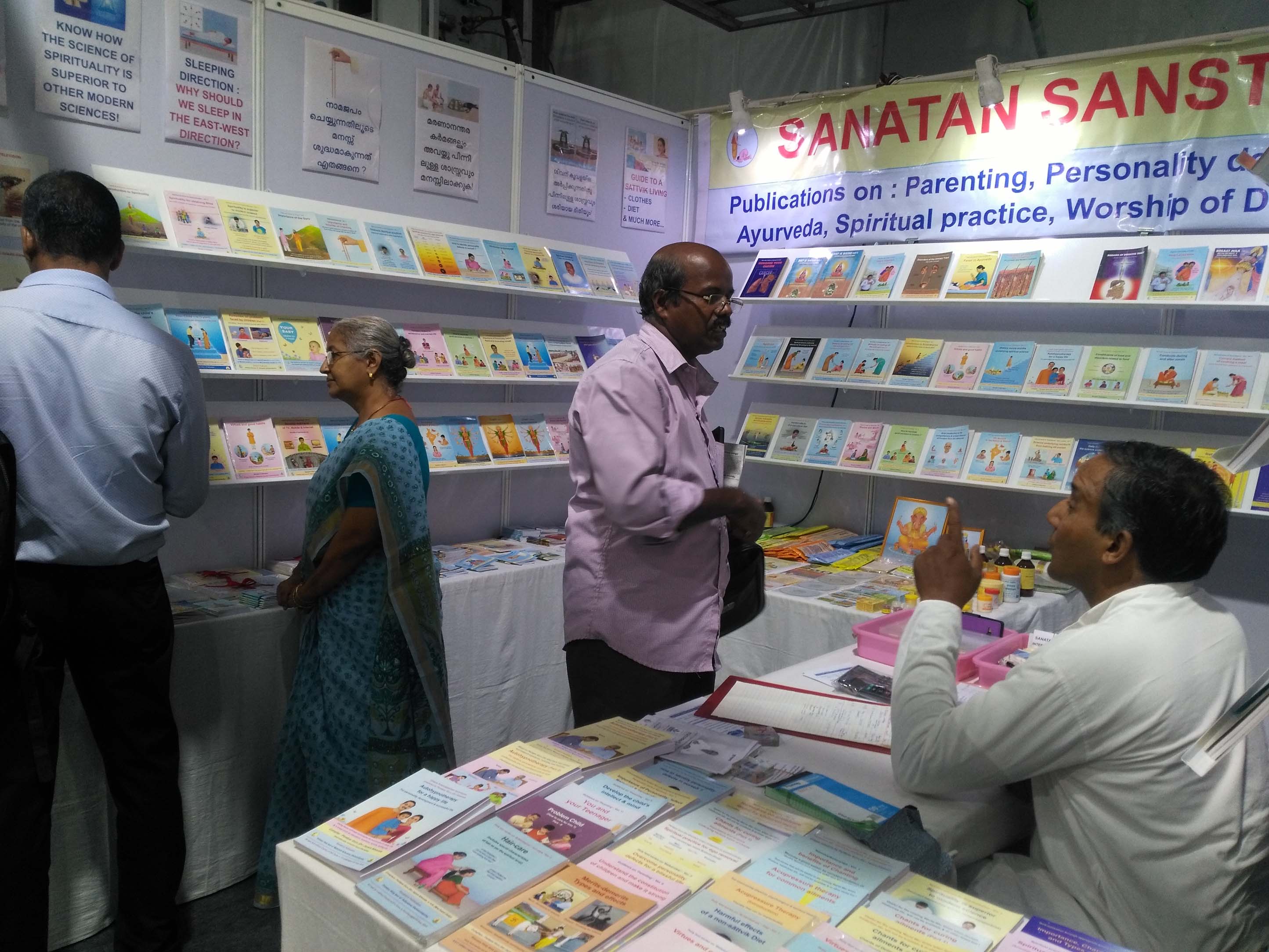 Ernakulam : In the International Book Fair organised at Marine Drive, Ernakulam, Kerala from 1st to 11th March 2018, a stall of Holy Texts of Sanatan Sanstha was exhibited. The unique holy texts of Sanatan Sanstha include texts on  Spirituality,  Worship  of  Deities,  Parenting, Personality  Development, Science of Hypnosis, Parenting and much more.

The response of the people to these texts was very good. The texts related to parenting and those for children were a subject of attention to many people.  Few people also stated that the holy texts of Sanatan Sanstha are quite different from the others.

1. In the stall, pictures depicting the correct method to do Namaskar, the ill effects  of  watching  TV  and  doing  shakehand  were  put  up.  People enthusiastically read it and asked queries and clicked photographs of the same.

2. Amongst those who visited the stall once, came back again to get more information.

4. Some people stated that they felt something different and good in Sanatan Sanstha’s stall.