Nasik : Sanatan Sanstha is walking on the path of devotion and faith by eradicating superstitions; it will be wrong to impose ban on such organisation. Ban should not be imposed on Sanatan only because it opposed ideology of Dr. Narendra Dabholkar although no proof has been yet obtained against Sanatan. The above views were firmly expressed by Pashchimamnay Dwaraka Sharadapeetha and Uttaramnay Jyotishpeetha’s Jagatguru Shankaracharya Swami Shri. Swarupanand Saraswati; while speaking to representative of ‘ABP Maza’ news channel. He was asked whether ban should be imposed on Sanatan Sanstha. (Sanatan’s Trustees have conveyed that Sanatan Sanstha is extremely grateful to Jagatguru Shankaracharya for bestowing blessings in the form of support in front of media ! – Editor, Dainik Sanatan Prabhat) 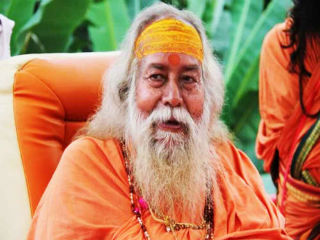