Sanatan ashram, Ramnathi (Goa) – ‘With the objectives of granting a long life to Paratpar Guru (Dr.) Jayant Athavale, to protect seekers from the wrath of the Five Cosmic Principles, under the command of H.H. Aba Upadhye on September 12 2019 the Panchamahabhut yadnya was performed in the Sanatan ashram at Ramnathi Goa in an atmosphere charged with spiritual emotion. The yadnya was conducted by director of the Sanatan Purohit Pathashala Mr. Damodar Vazheguruji and other priests from it.

The yadnya commenced with Sanatan’s Sadguru (Mrs.) Binda Singbal making a resolve (sankalp). The Five Consmic Principles were invoked into the silver idols of these Principles placed on five metal pots (kalash). This was followed by a fire sacrifice (havan) of the Absolute Earth (Pruthvi), Absolute Water (Ap), Absolute Fire (Tej), Absolute Air (Vayu) and Absolute Ether (Akash) Principles. The yadnya concluded with offering of a final oblation in the fire. This yadnya was attended by Sanatan Saints and seekers from the ashram.

All creation whether Nature or man have been created from Five Cosmic Principles. Due to the growing immorality the Five Cosmic Principles have started unleashing their wrath leading to occurrence of repeated tremors of the earth, water clogging, flooding, tsunamis, drought etc which take a toll of a large population of society. All these are indicators of destruction of man and animals. So along with Deities the Five Cosmic Principles too need to be worshipped. – H.H. Sadanand Maharaj (through the medium of H.H. Aba Upadhye) 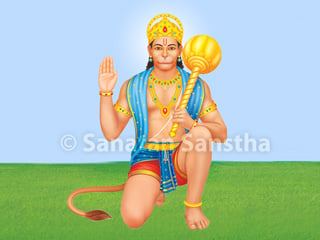 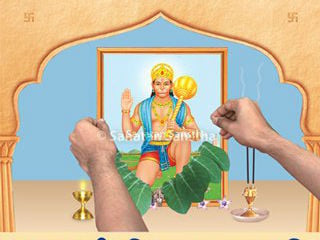 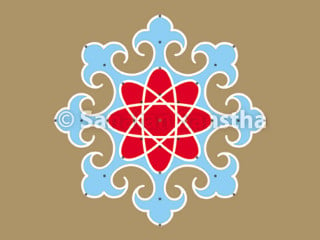