7. Science behind worshiping a cobra

10. Importance of sitting on a swing

12. Prayer to be made on the day of Nagpanchami

Every karma (Action which gives rise to destiny) must be performed correctly by understanding the science of Spirituality underlying it, only then the individual gets its benefits in a larger proportion. Religious traditions are opportunities the Hindu Dharma have given to the people to learn Dharmik conduct, that is, how to actually perform duty. As Holy festivals have a spiritually scientific base, celebrating those, results in generation of Chaitanya (Divine consciousness) and that helps even an ordinary man to march towards God. Let us understand spiritual significance of Nagpanchami and how to celebrate it in a correct way.

1. Tithi of the festival Nagpanchami 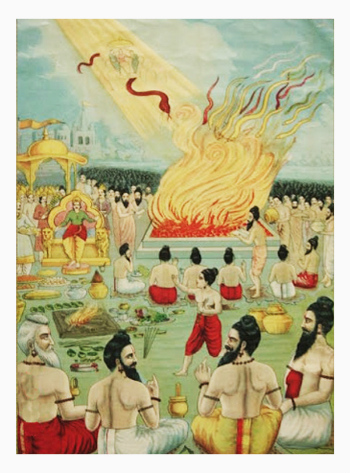 King Janmejay who performed sarpyadnya (Sacrificial fire of snakes) was appeased by Sage Astik. When Janmejay told Him to ask for a boon, Sage Astik asked for the cessation of the sarpyadnya. The day on which Janmejay stopped sarpyadnya was Shravan Shukla paksha Panchami viz. Nagpanchami. 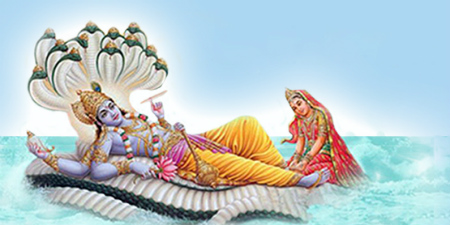 Shrivishnu relaxing on the body of Sheshnag

B. In the Shrimadbhagwadgeeta, Shri Krushna while narrating His greatness states,

“The supreme amongst serpents is ‘Anant’, that is me.” 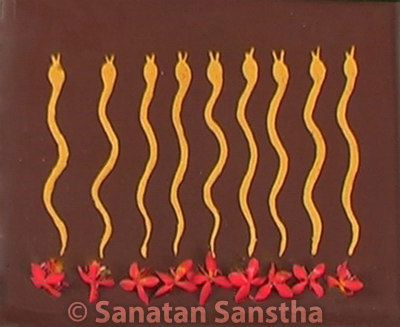 On this day, figures of Navanag (Nine cobras) are drawn with turmeric or raktachandan (Red sandalwood) on a wooden seat and are worshipped; they are offered naivedya of milk and parched rice. The Navanag comprise of the nine major groups of pavitraks. Pavitraks are the subtlemost Divine particles.

‘All living organisms in the world are attuned to the functions of the world. By worshipping cobras on the day of Nagpanchami, God is performing actions through them. This is the broad view to be understood.’ – H.H. Parashram Madhav Pande Maharaj, Sanatan Ashram, Devad, Panvel.

Five ages ago there was an inferior Goddess named Satyeshwari. Satyeshwar was Her brother who died on the day before Nagpanchami. In grief of Her brother’s death, She did not eat any food. Hence females observe fast on that day for their brothers longevity. For him to come out from sorrow and danger safely is also one reason for observing the fast. If the sister calls out to God for her brother on the previous day of Nagpanchami, the brother gets 75% benefit and is also protected.

7. Science behind worshiping a cobra

Satyeshwari saw Her brother in the form of a cobra. At that instant She believed that the cobra was Her brother. At that time Nagdevata promised Her that He would protect any female who would worship Him as Her brother. Hence, on that day every female celebrates Nagpanchami by worshipping the cobra. 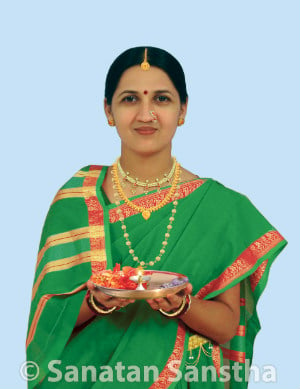 Nagdevata was moved with Satyeshwari’s grief for Her brother. To reduce Her grief, He gave Her new clothes to wear and decorated Her with various ornaments. With that, Satyeshwar was satisfied. Hence, on that day females wear new clothes and ornaments.

9. Importance of applying mehendi on Nagpanchami 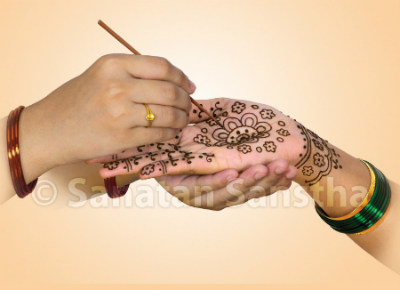 Satyeshwar stood in front of Satyeshwari in the form of Nagraj. Feeling that he would leave, Satyeshwari made him promise and a mark of the promise appeared on Her hands. As a representation of that promise, on the day before Nagpanchami every female applies mehendi on her hands.

10. Importance of sitting on a swing on Nagpanchami 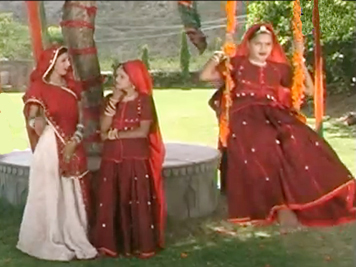 Importance of sitting on a swing

The next day, Satyeshwari did not see Nagraj. She searched far and wide in the jungle and while doing so climbed the branches of trees to look out for Him. At that time, Nagraj appeared before Her in a visible form and manifested as Satyeshwar. She started swinging on the branches of the trees with joy. This is the reason why females sit on the swing on this day. The objective is – ‘As the swing goes up, the brother should progress towards the summit and as it sways down, all the problems and sorrows in his life should reduce’. This faith of the sister helps her brother gain 5% spiritual benefit and 30% worldly benefit.

On this day, we should not chop, cut, fry, even keep a frying pan on the fire etc. These norms should be followed. Digging on this day is also forbidden.

12. Prayer to be made on the day of Nagpanchami

On the day of Nagpanchami, the cry of the sister who prays with intense yearning for the progress of her brother reaches the feet of God. Every sister on this day should pray that God bestows righteous intellect, power and strength on every youth for the establishment of the Divine Kingdom ! On Nagpanchami, maximum of chanting should be done to obtain peace. One should stay calm and try to overcome the personality defects.

Worshipping a serpent ritualistically on the day of Nagpanchami amounts to :

A. Appeasing the Serpent Deity.

B. Worshipping Deity Shiva in a gross form, that is sagun form. Hence, the vibrations of Deity Shiva in the atmosphere on this day beget benefits for the embodied soul over the next 364 days.