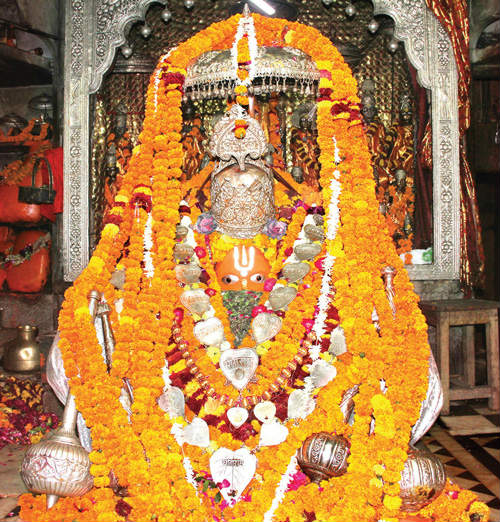 Idol of Hanuman from Shri Hanumangadhi

Shri Hanumangadhi is the temple of Shri Hanuman. When Prabhu Shrirama decided to end His incarnation He asked Hanuman to accompany Him. But His eternal devotee politely refused to accompany Him saying, “Till Your Name Prabhu Shrirama remains on the earth I shall continue to dwell here.” So Prabhu Shriram applied a tilak with vermilion to Hanuman’s forehead and made Him ascend the throne. He asked Hanuman to protect Ayodhya and gave the progeny of Bharat, Shatrughna and Lakshman the responsibility of protecting villages outside Ayodhya. This is how this temple got its name Hanumangadhi. Hail Prabhu Shrirama and His devotee Hanuman ! 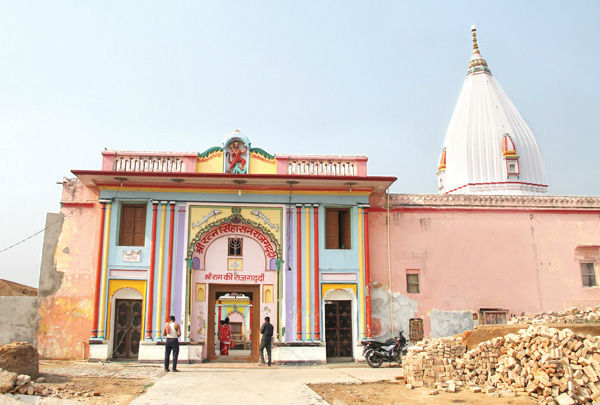 This is the sacred place of coronation of Prabhu Ramachandra. Now it is referred to as Rajgaddi. Presently the idol of Shrirama exists here. It was installed by Emperor Samudragupta. When Muslim invaders ruled Ayodhya disputes which were unresolved elsewhere were settled here. Rajgaddi is a premises dear to the heart of every Hindu yet today only its ruins are visible here. 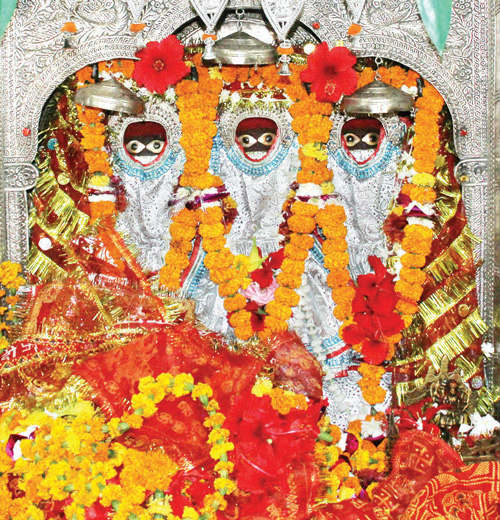 We are bound to establish a Hindu nation which will give spiritual experiences of a Ramrajya (Rama’s rule of Righteousness). Here is my earnest prayer at the Holy feet of Shri Devakali Mata for Her blessings for this mission. Kanak Bhavan was the palace of Queen Kaikeyi. Those days it was made of gold. When Sita, daughter of King Janak came into the family marrying Shrirama, Kaikeyi gifted this palace to her. It was the special palace of Shri Rama and Sita. Later King Vikramaditya rebuilt it. Sayyed Masud Salar Gazi demolished it. It was later reconstructed by Queen of Tikmagadh Shri Vrushbhanu Kunwar. Two ancient inscriptions on stone are found here.

For every devotee Prabhu Shrirama is seated on a throne in his heart.  Ayodhya is the very town which witnessed the childhood Divine play of Shrirama, the town which learnt the lofty teaching of obedience through His example, the town which acquired a Divine rule due to Him, the town which is full of gratitude for His missions of an incarnation, this very auspicious and lucky city is Ayodhya. Even today Shrirama resides in every nook and corner of this city and the subtle Divine vibrations there are a testimony to that. Several premises and temples there still enthusiastically glorify the history of the place millions of years old. In and around Ayodhya there are more than 150 places of pilgrimage. Paying respects to a selected few places of pilgrimage let us express gratitude for emancipation of the birthplace of Shrirama. To be able to erect a colossal temple of Shrirama in Ayodhya blessings from these places of pilgrimage are invaluable.